Rhymefest Tweets His Frustration After Being Robbed At Gunpoint In Chicago 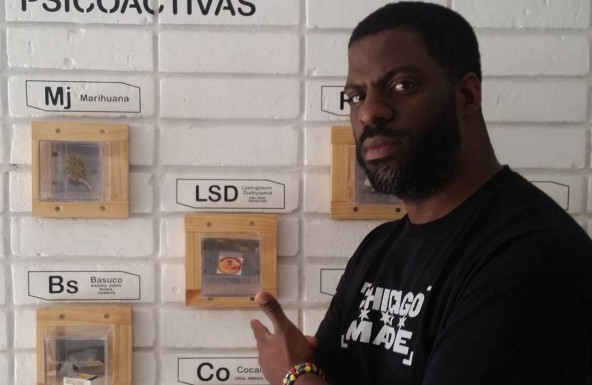 Chicago, IL – Former Kanye West collaborator and co-writer Che “Rhymefest” Smith has been tirelessly working as an activist for his desolated Chicago community for nearly a decade straight. In 2010, he officially entered the political spectrum, running for the city’s 20th ward alderman and he currently has his hand in several various organizations that focus on mentoring youth, as well as securing jobs for those actively looking.

So one can only imagine his pain when he revealed he was the victim of a robbery earlier this morning in the same Southside neighborhood he dedicates his efforts to uplift. Although he escaped with his life and only was shorted $3 in cash, the 39-year-old “Jesus Walks” co-writer told his followers how he was “fuckin’ hurt” over the entire situation.

“To the young brother that put the gun to my head this morning & took my wallet. You don’t know how you just damaged your community,” he tweeted out to the unidentified thief before adding, “When you look in my [wallet] & see the name Che Smith on the ID. DM me, yes contact me apologize and talk to me like a brother.”

“You were gonna shoot me in the face for a wallet, I had the power to give you a job!” he continued.

To the young brother that put the gun to my head this morning & took my wallet. You don't know how you just damaged your community.

It's 730am. you just put a gun in my face for $3 in my wallet. I defend you against police brutality, I work on your behalf you robbed me

Until our communities have restorative Justice set up, you better make friends with a police officer.

You don't know what you did! And who you did it to. I lived here on the southside because I thought it mattered. I'm reconsidering

You were gonna shoot me in the face for a wallet, I had the power to give you a job!

When you look in my Wallet & see the name Che Smith on the ID. DM me, yes contact me apologize and talk to me like a brother.

Give me faith that it's our desperation & not our hearts thatre dark. The man who robbed me I want to reach out to me If I know him tell him

As of press time, it appears that ‘Fest is having issues getting the police to see things from his point of view.

You wonder we don't report crimes? The police treated me disgustingly pic.twitter.com/fY9VQrqDpz

Rhymefest’s plight to save the urban war zone dubbed with unsavory nicknames such as “Chiraq” or “Gunland” has been a familiar one and unfortunately, an uphill battle. Earlier in the week, the Chicago rap community and gun violence aligned yet again when rapper King Yella was shot while in the process of recording a live music video for what he claimed to be a peaceful song in the name of “Black Lives Matter.” And just last night (August 26), newly crowned Chicago Bull Dwyane Wade also took to Twitter to reveal he too was a victim of the senseless gun violence in the Windy City.

His first cousin — identified as mother of four, 32-year-old Nykea Aldridge — was murdered as she pushed a child in a stroller as she went to register one of her kids for school.

Chicago police told NBC Chicago that shooting occurred around 3:30 p.m. in the 6300 block of South Calumet when two males approached another male and opened fire, hitting Aldridge in the process.

My cousin was killed today in Chicago. Another act of senseless gun violence. 4 kids lost their mom for NO REASON. Unreal. #EnoughIsEnough

As thousands of fans mourned along with Wade and his family, Republican presidential candidate Donald Trump decided to use Aldridge’s death as a campaigning opportunity to get African American voters to rally behind him.

Naturally, it didn’t go over too well on Twitter.

Dwayne Wade's cousin was just shot and killed walking her baby in Chicago. Just what I have been saying. African-Americans will VOTE TRUMP!

I've lived 40 years as a black man in America, @realDonaldTrump. Seen many politicians exploit us. Never seen someone do it this crudely.