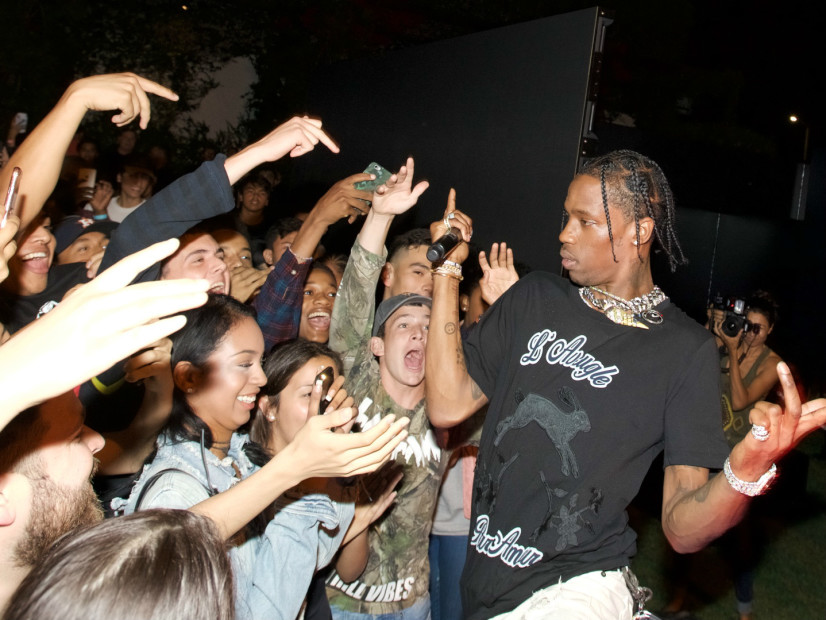 UPDATE: Travis Scott has canceled more concerts on his tour of the U.K. and Ireland, this time in London and Leeds.

The news comes after Scott scratched his concerts in Dublin and Glasgow this week, apparently to finish up his Birds In The Trap Sign McKnight album, which is scheduled to drop August 26. The announcement was posted on the Facebook page of O2 Shepherds Bush Empire, the 2,000-capacity venue where Scott was scheduled to play sold-out shows on Wednesday and Thursday.

Scott was also scheduled to appear at the Leeds & Reading Fest on Friday, August 26. The festival announced that he wouldn’t be making it, but that U.K. rapper Stormzy would be performing.

It is with regret that @trvisXX has to cancel performances in London & Reading&Leeds Festivals. However, @Stormzy1 is joining us at #RandL16

Travis Scott is in crunch time and is reportedly still finishing up Birds in the Trap Sing McKnight, which is scheduled to drop Friday (August 26).

In order to get everything done on time, promoter MCD said the Houston rapper canceled two shows in Europe: Monday’s appearance in Dublin and Tuesday’s scheduled performance in Glasgow.

“Due to his album mixes delay Travis Scott has been forced to cancel his shows in Dublin and Glasgow today and tomorrow,” MCD says in a Facebook post. “He was hoping to have this all finished in time to travel but unfortunately due to unforeseen circumstances it isn’t. Refunds are available at point of purchase.”

Scott has already pushed back the release date of Birds in the Trap Sing McKnight as he had previously told fans he was going to drop the album August 5. Then, when it didn’t appear that day, he said that the follow-up to Rodeo would be coming later in the month. In the meantime, La Flame started his .wav Beats 1 radio show and released the videos for “Pick Up The Phone” and “90210.”