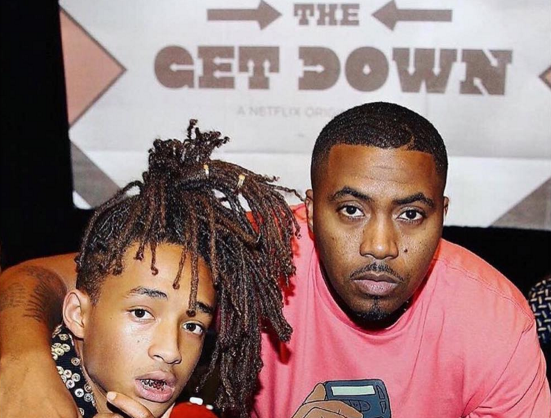 Being the son of The Fresh Prince has come with its fair share of challenges, yet a heap load of perks all the same. In his short 18 years of life, Jaden Smith has managed to erode talks of nepotism by successfully making a name for himself outside of co-starring in his famous father’s movies and becoming a cultural icon for his own generation.

He followed his own family lineage by adding a pair of mixtapes and an EP to his discography currently stars in the pivotal pre-Hip Hop era Netflix series, The Get Down, under the tutelage of Nas and Baz Luhrmann and alongside his peers, Justice Smith and Shameik Moore.

Variety has taken notice and anointed the young thespian as one of the prime players in his space and rewarded him with his own cover for their Power of Young Hollywood issue with the likes of Divergent actor Ansel Elgort and veteran actress-at-just-18, Elle Fanning.

During his profile, Features Editor Jenelle Riley touched on his peculiar-yet-unique clothing line MSFTSrep. With the Hollywood spotlight as his birthright, Jaden has never shied away from labeling, even when it came to the criticism that he favored wearing skirts, or other clothing articles traditionally worn by females. His responses within the piece hammered home the notion that like his closet full of dresses, he didn’t have any pockets to hold the fucks to give on anyone’s opinion.

“It’s pronounced ‘misfits,’” he said of his brand’s odd spelling. “I took the ‘I’ out of ‘misfits’ because we’re a team and there is no ‘I’ in team. It’s a place for the lost kids and everyone to go, and something for them to have. [I created it for] the girl that wants to be a tomboy or the boy that wants to wear a skirt, and people try to condemn. We’re here for you. Tell us your stories. If someone at your school’s trying to pick on you, it doesn’t matter because Jaden Smith’s got your back.”

As for his own style influences, Smith rattles off a mix of fictitious and actual figures such as Andy Warhol, the Joker, Poseidon, and Spike from Buffy the Vampire Slayer as the ones he models his wardrobe after.

“I’ve always been super-duper fly and super-duper different,” Jaden says of his 10+ years of wearing dresses. “People just start caring when they have a reason to start caring,”