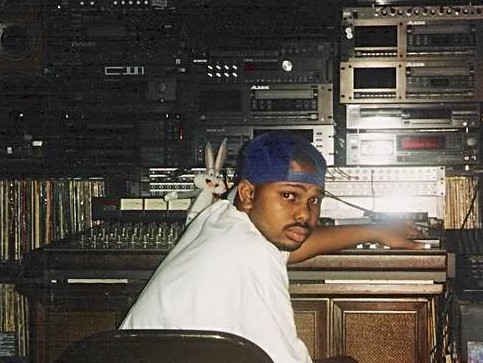 XELA is selling their 12 oz bottles of Screwston Cold Brew for $8 a pop. The bottles are an imitation of the cough syrup bottles that promethazine-codeine are prescribed in, which is also known as lean or purple drank when mixed with a Sprite or a cream soda.

The caffeinated drink gives the opposite, slumped-up effect of drank and is meant to be served over ice. Perfect for a hot summer’s day.

DJ Screw, born Robert Earl Davis Jr., passed away on November 16, 2000, at his Houston recording studio due to a codeine overdose. Valium and PCP were also found in his blood at the time, according to the toxicology report.

Screw, who popularized the chopped and screwed sound, is a permanent fixture within Houston culture. His trendy “screwtapes” were sold out his house or at shows and there are reportedly over 300 of them featuring his Screwed Up Click crew.

In 2011 the University of Houston Libraries acquired 1,000 vinyl records from DJ Screw Sound Recordings, which became available for researchers in 2013.

His infectious influence has penetrated mainstream Hip Hop with the likes of Future, Drake and A$AP Mob actively keeping his legacy alive and relevant in 2016.