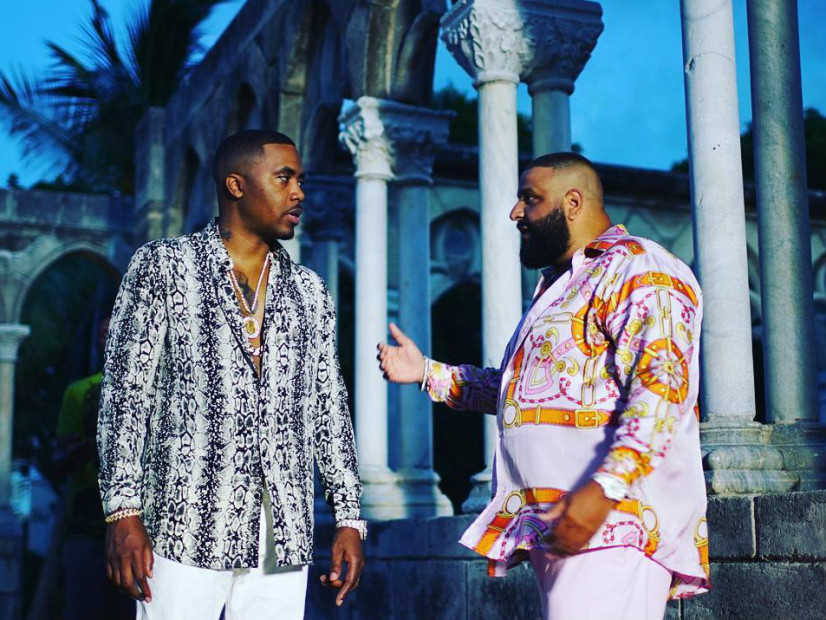 Will DJ Khaled's "Nas Album Done" Video Be His Biggest Yet?

DJ Khaled and Nas shot the video for “Nas Album Done” in the Bahamas, complete with an appearance from Dancehall legend/actor Louie “Ox” Rankin. Both Nas and Rankin appeared in the 1998 film Belly, so this served as something of a cast reunion.

The Major Key album cut samples the Fugees and was widely regarded as an instant hit. Khaled says the visuals will be equally impressive, possibly the biggest video he’s ever shot.

I feel this one of my biggest videos I ever filmed and Ive done a lot of amazing videos!I had so much joy shooting#NASALBUMDONE @nas thank u

Here’s some pics of the affair and yes, Nas has a cigar to complete his beach attire. The two also apparently went jet skiing in some high-end couture as well.

We the best ox

Catch our wave…… We got the Keys??? NAS DJ KHALED @djkhaled

The “Nas Album Done” video does seem like it will be pretty epic. Will it be better than these classic Khaled visuals?

“Welcome To My Hood”

A street anthem with visuals to match. Khaled probably was dreaming of making a visual in the Bahamas one day, but made a pretty poppin’ video right in the hood.

Plenty of product placement and cheesy inspirational lines. A mansion, a pool and pretty ladies: the epitome of a DJ Khaled video.

Maybe it didn’t live up to the hype, but this video was still pretty epic. Where else do you have Jay Z, Future, 2 Chainz, Busta Rhymes, Swizz Beatz, T.I., A$AP Ferg, Rick Ross and Pusha T all together? And a subtle message about the police makes this one deeper than Khaled’s typical party videos.

What’s your favorite DJ Khaled video? Let us know below.