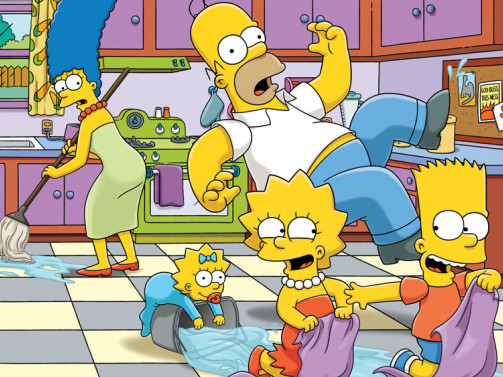 “The Simpsons” is preparing a special one-hour tribute to Hip Hop with an episode called “The Great Phatsby,” reportedly scheduled to air this upcoming season, according to Entertainment Weekly.

The show’s first ever hour-long episode will feature the voices of Taraji P. Henson and Keegan-Michael Key of “Key and Peele.” The episode will have some ties to fellow Fox program Empire, where Henson plays Cookie Lyon, the hustlin’ ex-wife of a Hip Hop mogul. The music will be composed by Empire veteran Jim Beanz.

The plot of “The Great Phatsby” is to mirror F. Scott Fitzgerald’s book The Great Gatsby and follow nuclear energy tycoon Mr. Burns and his interactions with a Hip Hop legend named Jay Z  Jay G. Henson’s character is similar to that of Cookie and Key is to play Jazzy James, an old head who has a beef to settle with Jay.

“The Simpsons” has paid tribute to the culture numerous times throughout the show’s 27 years on air. Last season, Bart Simpson rapped Drake’s “Started From the Bottom” and Ludacris made a guest appearance in 2007.