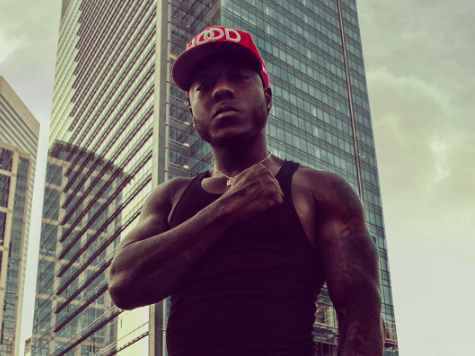 Ace Hood took to Twitter this weekend to respond to DJ Khaled’s explanation to The Breakfast Club about why his longtime artist wasn’t part of his highly-anticipated Major Key project.

In Khaled‘s appearance on the morning show, he explains that everything is good between the two and Ace dipped from his We The Best label to focus on doing his own thing.

“If ONLY everything u said on BF club was the truth my brother,” the Starvation 5 rapper tweeted in response, insinuating that there’s more to the story than what’s been said.

Although Khaled’s We The Best label is the home of Ace’s first commercial release, 2013’s Trials and Tribulations, the South Florida rapper is now working on his own venture with Hood Nation he exclusively revealed in an interview with HipHopDX.

“At this point I’m focusing on my situation with my label, which is Hood Nation, and Khaled is focusing on his label so that’s what is happening right now,” Ace Hood previously shared.

He’s currently in the process of signing Bruno Mali to Hood Nation who was featured on the Starvation 5 track “King Kong” and made a guest appearance on Freebandz artist Zoey Dollaz’s Port Au Prince tape.

“For me, it’s just that I want to be able to give somebody the same experience that I had,” Ace Hood further explained. “For me, it’s not just signing anybody. It’s actually having a connection on a real level but just as much of a beat and just as passionate as I am and progressive about what they do.”

Check out Ace Hood’s tweet and DJ Khaled’s interview with the Breakfast Club below.

If ONLY everything u said on BF club was the truth my brother. @djkhaled #BlessU