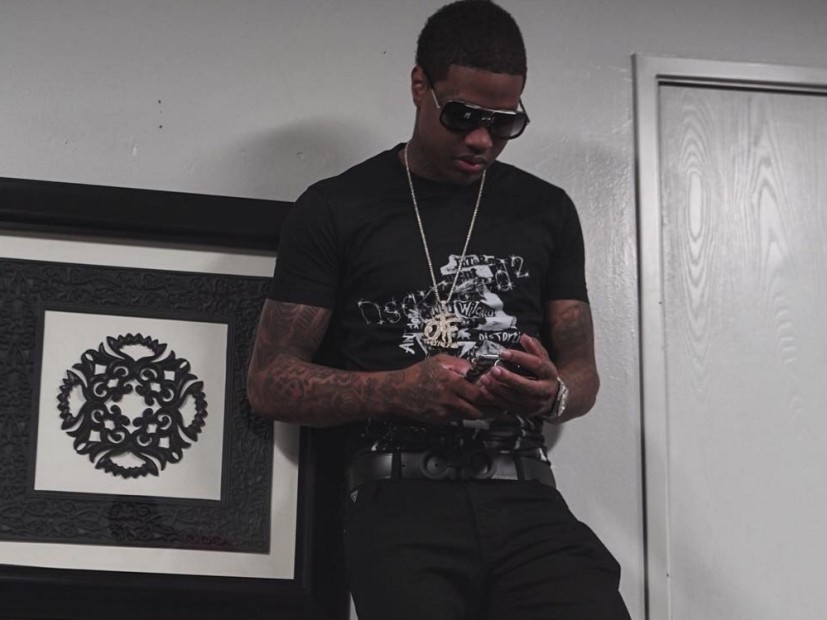 Featuring the hit single “My Beyonce” with Dej Loaf, he explained why the album is a different beast than last year’s Remember My Name, which HipHopDX gave 3/5. “The last album, I followed everybody else, did what they wanted to do and put it together how they did it,” said Lil Durk. “But this album, I did me. I had fun with it. It’s way different, you going to tell the difference if you hear it.”

Lil Durk’s sophomore album also features high-profile guest appearances from Ty Dolla $ign, Young Thug and Future. With this release, Durk has a new air of celebrity around him, making him one of the last active Chicago rappers to emerge from the city’s Drill scene boom of years prior, but he still doesn’t feel that he’s crossed into the mainstream just yet.

“I wouldn’t say crossed over, just staying above water,” the Def Jam rapper explained. “I’m still holding on cause I see the bigger picture. I like jewelry, cars, fashion — I want it forever. Then I got kids too, it’s a lot you got to do to stay above and stay active, keep your name in people mouth. And people don’t really understand that. You got people going from $30,000 a show to $2,000 a show; it’s backtracking, I ain’t trying to backtrack.”

When the rumor mill isn’t wondering about his relationship status with Dej Loaf, Durk is creating news with his overwhelming support of Black Lives Matter, even going so far as to get a large tattoo supporting the civil rights organization. His reason? The deaths of Alton Sterling and Philando Castile.

“Everything’s been crazy, it’s been getting to me,” said Lil Durk. “But the last two was a slap in the face, like damn! Y’all let this shit happen like this, and nothing happens to the police officers. That’s what made me mad, and I knew it was going to start something. It was like a slap back in their face, that’s why I got the tattoo for it, man. We definitely stand for something.”

The Chicago emcee joins a growing list of rappers, athletes and celebrities who have become vocal regarding the outbreak in police brutality cases going viral. Lil Durk even took the time to address Black Lives Matter opponents who use his hometown as a scapegoat for the “black on black crime.”

“Killing happens everywhere; it happens,” explained Durk. “It’s not supposed to happen by the people who’s supposed to protect us. We call you, you come shoot. It be different, violence don’t go away anywhere.”