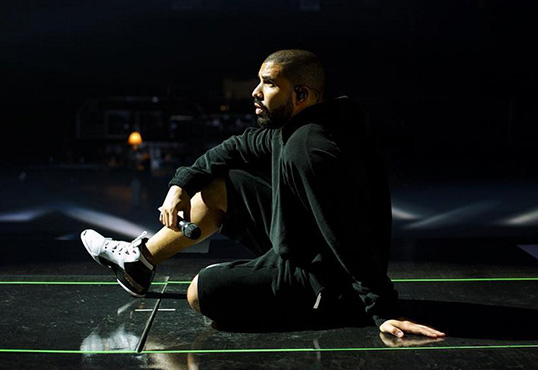 If there is a song with a clear visual from VIEWS, it has to be “Child’s Play.”

“Why you gotta fight with me at Cheesecake / You know I love to go there,” Drake raps on the infectious track produced by 40.

Well, it seems that a video for “Child’s Play” is now in the works and is being shot in Houston.

Drake fan page Word On Road posted some clips of Drizzy’s trip to H-Town — one being of him at the Cheesecake Factory.

#Drake was spotted at the Cheesecake Factory last night in Houston.

The photos and video of him actually filming the “Child’s Play” visual take place at V Live strip club.

One image shows that Carlos “Spiff TV” Suarez served as the project’s director. He served as Rick Ross’s chief video director for some time and was responsible for French Montana and Kodak Black’s “Lockjaw” visual.

#Drake last night on the set of #ChildsPlay.

The video for #ChildsPlay is being shot in Houston!

So far, there has yet to be a video for any VIEWS track besides “Hotline Bling,” which was technically a bonus track. Drizzy has supposedly shot the visuals for “One Dance” in South Africa, but the video has yet to be publicly released.