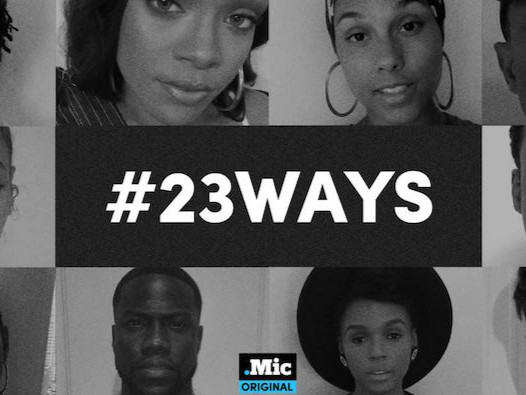 Celebrities from the entertainment industry have teamed up with Alicia Keys, her We Are Here movement and media company Mic to bring attention to 23 Black people who have been killed in America. The nearly three-minute video features an all-star roster delivering a one-sentence synopsis surrounding the circumstances around each person’s death, most of which were high profile cases that set off debates about race and violence in America.

In “23 Ways You Could Be Killed If You Are Black in America,” Beyonce honors Philando Castile, who was shot and killed by a police officer in Falcon Heights, Minnesota after being pulled over for a broken taillight. His girlfriend and her daughter were in the car at the time of the shooting. Taraji P. Henson gives homage to Alton Sterling, who was thrown to the ground and killed by police outside a convenience store in Baton Rouge, Louisiana. He sold CDs and DVDs outside the store for years. Both men died a day apart from each other last week.

Among the other victims acknowledged are Freddie Gray, who died from injuries sustained while riding in a police van in Baltimore after being arrested. His tribute is given by Chance the Rapper. Pharrell honors Trayvon Martin, who was shot and killed by a neighborhood watchman after he was walking down the street in a hoodie. A$AP Rocky remembers Renisha McBride who was shot and killed on the porch of a house after she knocked on the door to ask for help after a car accident.

After listing the names of some the victims of violence, the film moves toward a call to action given by Keys.

“The time for change is now,” she says. “We demand radical transformation to heal the long history of systemic racism so that all Americans have the equal right to live and to pursue happiness.”

“23 Ways You Could Be Killed If You Are Black in America” asks viewers to go to WeAreHereMovement.com to petition President Barack Obama and Congress to make the necessary steps towards equality. Fans are encouraged to use the hashtag #23Ways to raise awareness about the project.