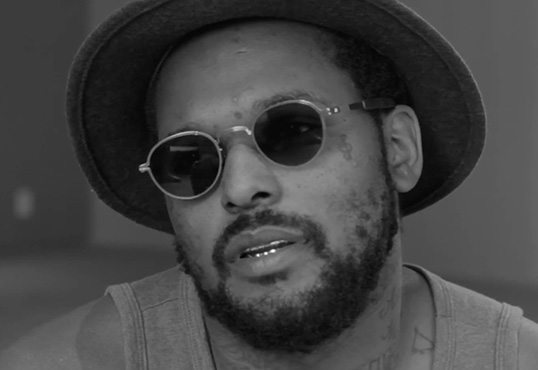 ScHoolboy Q Would Rid The World Of Guns If He Could

If he could rid the world of one evil, ScHoolboy Q says he would make guns nonexistent.

ScHoolboy Q was posed that particular question during a newly-released interview with Montreality. Amid recent acts of gun violence, from those involving police to mass shootings, Q explained that gun control is one issue he agrees with politicians on.

“Guns, man,” ScHoolboy Q said when asked what he would rid the world of. “That gun law shit is real. We’ll never stop. That’s one thing…probably the only thing I agree about. The law and all that political shit that’s been going on. Niggas need to take away guns. From officers, from everybody. It shouldn’t be no guns. But it’s too many guns out there now. So, it’s impossible to take all the guns. So, what I want is the impossible to happen. Because it’ll never happen.”

The Los Angeles lyricist, who just released his Blank Face LP, expressed his shock at the amount of gun violence present in Chicago, and also called out his fellow rappers for “always trying to act gangsta.”

“If they could have never made guns, I think that’d be a whole lot better,” Q said. “Would have been a whole lot better cause now people is just getting killed left and right. You’ll have 400, 500 people die in Chicago. Every year. That’s not amazing. That’s fucking insane. How can that many people die in a year from [guns]? Niggas always wanna talk about that gangsta shit, but ain’t nothing gangsta about none of that shit. Especially rappers. Niggas always trying to act gangsta. Like ‘Nigga, you ain’t gangsta no more. You a rapper.'”

Video of ScHoolboy Q speaking on gun control can be found below.