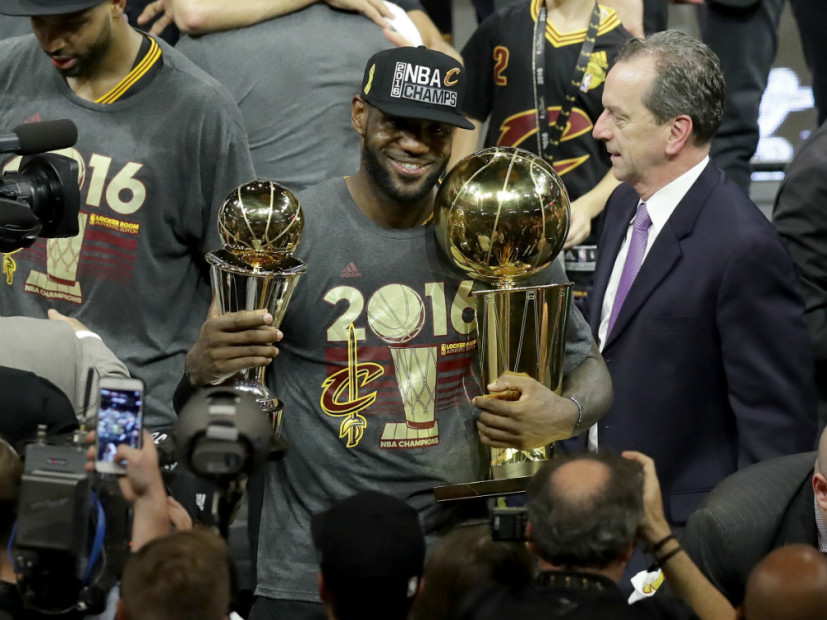 Oakland, CA – The Cleveland Cavaliers are champions for the first time in franchise history and give the Ohio city its first sports title in more than 50 years.

LeBron James had a triple double with 27 points, 11 rebounds and 11 assists in the game seven victory over the Golden State Warriors in Oakland yesterday. With a final score of 93-89, the Cavs made history by becoming the first team ever to win a series after being down 3-1.

This title comes after King James left his hometown in 2010 to win two titles with the Miami Heat. He returned to the Cavaliers in 2014 and has now fulfilled his promise of a championship to his fans and was named series MVP.

In the winning game, Kyrie Irving had a three-point basket with 53 seconds on the clock to give Cleveland the final lead after the game was tied at 89 for four minutes.

The Stephen Curry-led Warriors failed to win the title back-to-back after beating Cleveland last year in six games. This season, Golden State broke the record for most regular season victories with 73, outdoing Michael Jordan’s 1995-1996 Chicago Bulls by one game.

See Hip Hop’s reaction to the Cleveland Cavaliers beating the Golden State Warriors in the 2016 NBA Finals below:

Wow. One of the best finals ever. So proud of King James. Salute Warriors Happy Father's Day to all.

This is the best game I've ever watched