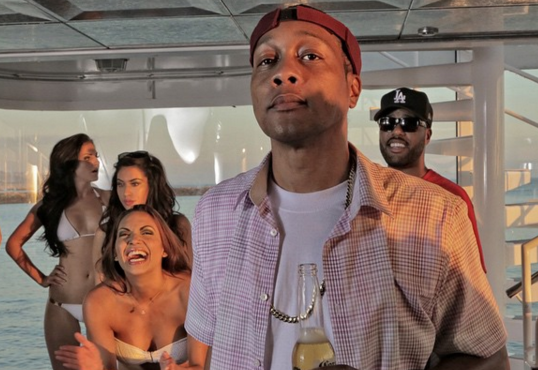 Los Angeles, CA – Well respected “Compton rapper” DJ Quik has apparently had his proprietary material infringed upon by another “Compton rapper” and he recently let out a blunt tweet that he’s already started the legal process.

“Guess what Compton rapper I’m about to sue?” he wrote in a since-deleted tweet which was followed by a still standing one captioned with “You’ll see.”

Compton has experienced a confined yet highly impactful crop of rappers come out of Hub City since N.W.A indefinitely put the area on the map and Quik, being right there from the start, has worked with a number of its native stars during his nearly 30-year tenure.

Let’s get dig deeper to see who Quik may or may not be referring to in his cryptic tweet.

—HipHopDX recently revealed that his recent Rosecrans collaboration with Problem was being morphed into a full-fledged album so we can cross the Chaich off the list.

–A couple of days ago, Quik and hungry up-and-comer A.D. were seen living up the Lit Life on the Gram, so no need to investigate that even further.

–The 10th installment of “Quik’s Groove” was featured on The Game’s Documentary 2.5 and the favor was recently returned on the titular track from the aforementioned EP.

–YG called upon his Tree Top O.G. for the “Bicken Back Being Bool (Remix)” not too long ago so the neighborhood appears to be in good standings. My Brazy Life did drop though, with some fairly Quik-esque vibes, however.

–Dr. Dre and Quik’s sole rap collaboration came in 2002 and appeared on both the Training Day soundtrack and the album Under the Influence but as far as the general public knows, they’re still cool.

–Stop it. That MC Eiht beef been over.

Could Quik be suing…Kendrick Lamar?

The single “King Kunta” from the 2015 Grammy Award-winning album To Pimp a Butterfly samples the song “Get Nekkid,” which was produced by Quik and performed by his protégé Mauseberg, who was murdered in 2000 just as he began to make a name for himself. The royalties may not have followed through in a timely manner.

The world will just have to patiently wait until those court documents become available.