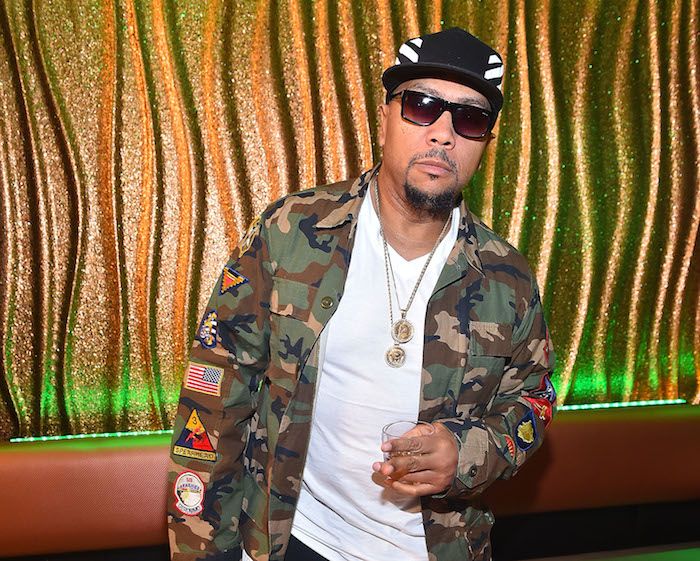 Timbaland & SubPac Aim To Change the World of Sound

When it comes to cultivating sound, Timothy Mosely, AKA Timbaland has been at the forefront of innovation ever helping artists like Jay Z, Missy Elliott and Justin Timberlake reach new and stratospheric heights. So it only makes sense that the Virginia-bred producer has found himself on the other side of the spectrum, enhancing the way sound is heard and felt.

Timbo has teamed up with SubPac, which aims to change the way people listen to music. The accessory includes headphones and a lightweight backpack that serves as a targeted subwoofer, allowing the listener to feel the music literally while they listen to the adjoining headphones.

According to Timbaland the partnership was something that happened organically.

“I know people want this amazing story but it was just fate that brought us together,” Timbaland told HipHopDX during a press stop in Los Angeles with SubPac inventor and CEO John Alexiou. “When timing is right everything lines up in your life right, and basically that’s how it worked, because you can meet people but they could be a butthole or moody and it effects everything. Everything has to line up and it has to be perfect timing. It’s not just about the product it’s about spaces in life where he’s valuable in my life outside of SubPac and vice versa with his life.”

John Alexiou also spoke on how observing the super producer in the lab helped inspire the product itself.

“To sit with Tim in the studio you really get a chance to see how the feeling comes through. There was definitely some collaboration on this and will certainly be a lot more in the future,” John noted. “This is a lot more than just an endorsement. This is a new wave like when speakers came out or when surround sound came out. It’s not just about putting a name beside a brand, it’s about a mission to improve how people experience sound and Tim’s been on the front of that for his whole life.”

“We all work together as a team and that’s the beauty about this whole connection is that it’s all teamwork,” added Timbo. “John really watches me create and he creates the feeling off of what he’s feeling and what I’m doing. I’ll be sitting in the room doing what I do and he’ll see it and be like ‘That’s what we gonna do.’”

Dr. Dre changed the game of audio accessories (and made a few hundred mil in the process) with Beats By Dre, and his now competitor and friend, Tim hopes to take the experience of music beyond simply listening.

“This about a community that’s saying ‘This is how I listen. I feel,’” said Timbaland. “No more just listening. There’s too much music out here and the reason people are saying it’s bull crap is because there’s no more feeling. This allows you to feel. You can say ‘I don’t like the feeling on this song,’ and not just the sound. If a there’s a record you don’t like you put the SubPac on you might change your mind. It’s gonna give you the true definition of what you’re feeling. It’s the end-all-be-all to immerse you into what you’re feeling.”