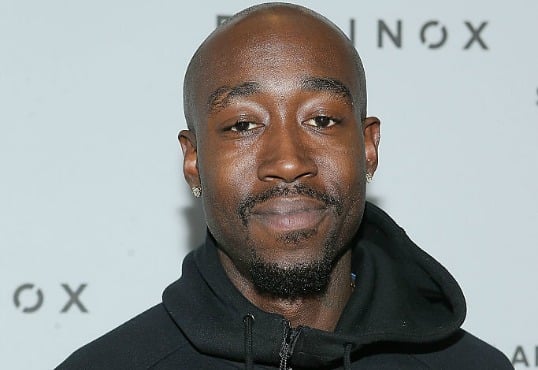 Toulouse, France – Two weeks after being arrested in France on grounds of a rape allegation, HipHopDX has learned that a judge in Toulouse was persuaded by French attorneys, Ludovic Riviere and Michael Malka, to release the star rapper on bail of €50,000.00 (roughly $56,357,00 USD).

According to a statement released by the Law Offices of Scott E. Leemon, P.C., Gibbs — who just celebrated his 34th birthday yesterday, June 14, in a Toulouse holding cell — will be required to turn in his passport and check in with authorities three times per week. Leemon reports that he flew into France last weekend to meet with his client and both of the attorneys from both France and Austria.

Upon meeting with Gibbs, hearing the allegations and examining the (lack of) scientific and physical evidence against him, Leemon reveals he was “shocked” to see that allegations were ever filed to begin with. Gibbs fiancé, Erica Dickerson, also flew out and is fully convinced that her husband-to-be is without a trace of guilt.

Details surrounding the allegations have been sketchy up onto this point and on June 8, it was reported that Gibbs was fighting an extradition to Austrian territory here the crime supposedly took place. Leemon said he and his team are hoping that the Public Prosecutor in Austria acknowledges the lack of evidence and decides not to file formal charges against him. However, if so, they are prepared to fight with “everything” they have. Gibbs released his last solo album, Shadow of a Doubt, in November of 2015 to much critical acclaim and independently peaked at No. 11 on the US Top R&B/Hip-Hop Albums Billboard charts.

Gibbs is expected to be released either today (June 15) or tomorrow as the court deliberates over the extradition request.