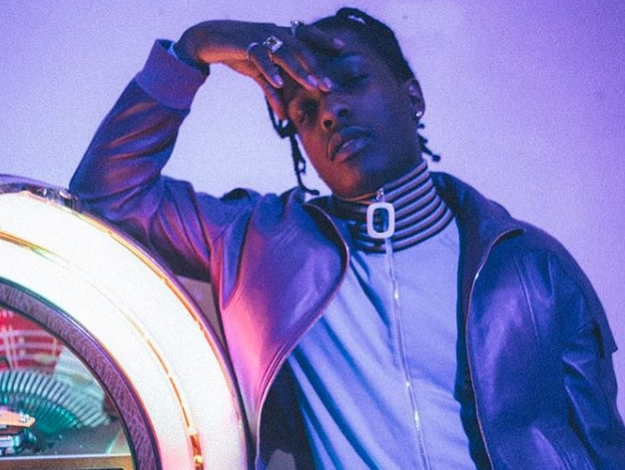 Ready-to-wear fashion designer J.W. Anderson looked to none other than “Fashion Killa” A$AP Rocky to curate a capsule collection stamped with a new logo designed by the Harlem rapper himself.

Previously collaborating with Guess and adidas Originals, A$AP Rocky’s collaboration with Anderson makes sense as he’s been a longtime fan of the designer. He sat front row at the designer’s fashion show in January and rocked Anderson’s high neck zip jumper from his A/W15 collection in his trippy visual for “Jukebox Joints.”

“I would never want to be a fashion designer,” Rocky says to the New York Times in an email. “But I do have a lot of ideas.”

Rocky was given major freedom designing their collection, creating a new logo using the letters AWGE and says that the letters stand for those who are part of a collective of creatives that range from musicians to visual artists.

Although AWGE doesn’t include Anderson himself, the British designer doesn’t seem to mind.

“He was allowed to do whatever he wanted to do,” Anderson says. “I don’t know what it means. I was just like, OK, fine, whatever you want. I like that.”

As for who all is part of the collective that makes up AWGE, Lord Pretty Flacko says that topic is off limits, choosing to keep the identities of the members under strict Illuminati stealth. Because those who know, know.

The collection contains pieces ranging from beanies, chokers, shirts and a few track suits, which is what inspired the collaboration in the first place after Rocky wore the zippered track top in “Jukebox Joints.” This isn’t a collection of solely menswear either. Rocky and Anderson have created something for the ladies too.

The mostly sold-out collection is now available for pre-orders online and will be available at the J.W.Anderson Workshops store Monday (June 13).

A few of the pieces Anderson and Rocky collaborated on are below.