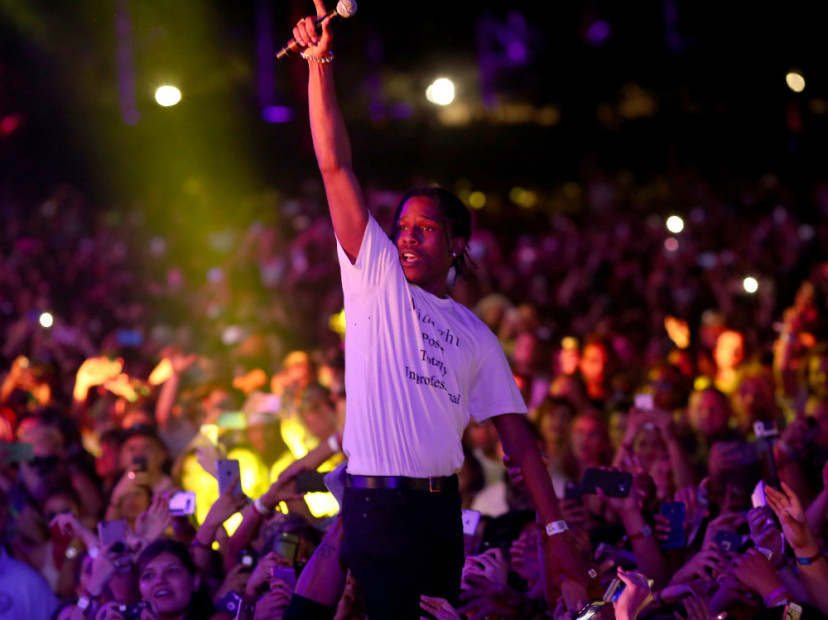 A$AP Rocky is in the clear after a woman dropped him from her lawsuit against the A$AP Mob. theJasmineBRAND.com reports that Krystina Clowes filed new documents yesterday (May 23) in her case seeking damages for injuries allegedly sustained while attending an A$AP Mob show and she is no longer suing the At.Long.Last.A$AP. rapper.

Clowes, who is demanding more than $225,000, says she attended the “Under The Influence” Tour headlined by A$AP Rocky and Wiz Khalifa in 2013. When the rest of A$AP Mob came out to join the Harlem, New York rapper, Young Shabba did a stage dive into the crowd and she claims he landed on top of her.

The woman sued A$AP Rocky, A$AP Ferg, Young Shabba and promoter Live Nation for damages. She says that the rappers’ behavior and frequent stage diving is dangerous to concertgoers and Live Nation should be held responsible for her injuries for not preventing them from engaging in such antics. The company is fighting back, claiming it had no control over the performers’ actions and did not know Young Shabba was going to jump into the crowd.

The suit against the remaining parties continues.

In 2014, a woman won $1.4 million from Fishbone after its lead singer did a stage dive and she broke her skull and collarbone. The singer continued stage diving at subsequent shows, which helped the judge make the final decision to award the money to the victim.