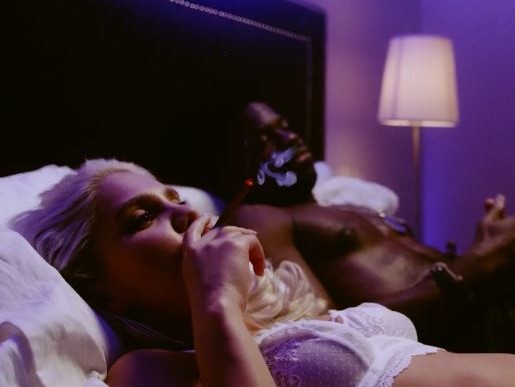 Biggie's "I Got A Story To Tell" Turned Into Short Film

Director Aristotle Torres turns The Notorious B.I.G.’s “I Got A Story To Tell” into an eight minute, short film.

With help from radio host Peter Rosenberg, model Amina Blue, and a handful of others, director Aristotle Torres has released Story 2 Tell, his visual take on Biggie’s Life After Death record, “I Got A Story To Tell.”

Both the song and short film detail the story of an unfortunate athlete who comes home to find an armed man in his bedroom with his significant other, and is ultimately robbed out of thousands of dollars.

Although “I Got A Story To Tell” was released nearly two decades ago, it was brought back into the limelight after Fat Joe revealed that the Knicks player Biggie rapped about on the song was Anthony Mason.

“I could tell you, but I don’t want to be disrespectful,” Fat Joe said, during an appearance on ESPN’s Highly Questionable. “But it was about Anthony Mason…But you gotta also know that rappers–This is entertainment. We stretch the truth. We change things up.”

Fat Joe later revealed that he regretted revealing Mason as the mystery man in “I Got A Story To Tell.”

Aristotle Torres’ Story 2 Tell short film, can be viewed below.