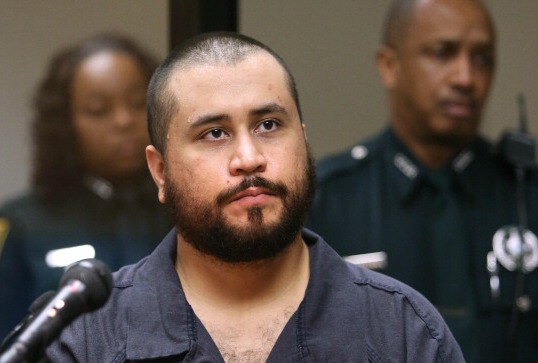 Trayvon Martin’s killer George Zimmerman obviously has no remorse for the February 26, 2012 death of the unarmed black teenager whose story would go on to rock an entire nation.

Although there is no truth to rumors that Kendrick Lamar has any association with the weapon used to kill the the 17-year-old from Florida, it’s a fact that Zimmerman, 32, is indeed seeking monetary gain for the gun.

And he’s throwing salt in the unsealable wounds of the slain teen’s parents.

“They didn’t raise their son right. He attacked a complete stranger and attempted to kill him,” Zimmerman told The Daily Beast in a recent interview. He then named them specifically saying, “Sybrina Fulton and Tracy Martin did everything they could to capitalize on her son’s death,” he said. “She was never a mother figure to him. Tracy Martin couldn’t have cared less about their son. He treated him like a dog without a leash.”

While everyone is entitled to their own sense of recollection, Zimmerman’s account of the events that led to Martin’s death don’t match up with the timeline that was approved for court. On that dreadful February evening, Zimmerman, masquerading as a neighborhood watchman/fanboy cop, followed Martin through a gated community in Sanford, FL because of his grey hoodie and ignored the 911 dispatcher’s urging to discontinue his pursuit. An altercation ensued and Martin ended up lifeless with a gun shot wound to the chest.

In July of 2013, he was acquitted of second degree murder and manslaughter charges and has since been entangled in domestic violence and a suspected lust for the public spotlight.

Let Zimmerman tell it however, all this is Trayvon’s parent’s fault (and of course, President Obama’s).

“Sure, I’m sorry for any parent that has lost a child,” Zimmerman tells TDB when asked if he felt any sorrow over the incident. “That being said, I also believe it’s their duty to have an internal dialogue to see what they should have done better and what they should have done appropriately. If I have to live my life and if I have to go about my business as a normal person, then I would do that. However, I’m not afforded that luxury anymore,” he said. “You guys. The media. The masses. The Fulton-Martin family. They took that from me.”

He also went on to claim it took him weeks of prayer to decide whether or not to auction the gun or pass it down as a family heirloom.

As of press time, the gun is currently being bid on for upwards of $100,000, down from the $65 million disgusted Americans got the price to during the initial auction.