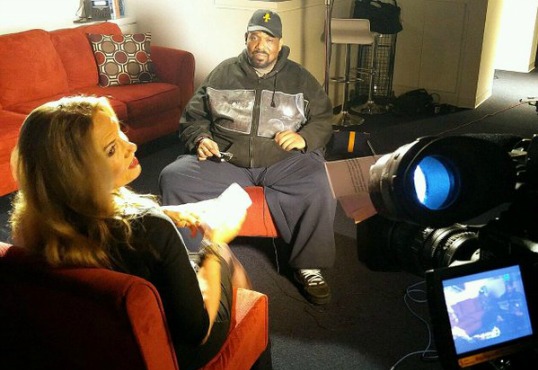 Brooklyn, NY – The second installment of Lisa Evers’ exclusive interview is out and both parties are at a standstill as to what the next steps will be.

While Bambaataa is adamant he’s being “railroaded” and his predicament will be akin to the hundreds of innocent men who were discovered to be falsely accused years down the line, Savage believes there are still hundreds of victims out there waiting to share their story, given the right amount of courage.

“No one can tell anyone when they’re ready to let stuff out,” Savage tells FOX 5. “And especially if you haven’t went through what I went through and other people went through, It’s like, ‘How dare you?'”

Watch part deux of the explosive interview down below.

Part one of Afrika Bambaataa’s interview with Lisa Evers and FOX 5 has been released, where the embattled Zulu Nation founder says “I never touched that brother” in direct response to Ronald Savage’s claims in his new book.

In the court of public opinion, Hip Hop pioneer and Universal Zulu Nation founder Afrika Bambaataa has already been found guilty as charged of being a child molester. (Especially now, since his former bodyguard has planted the seed that there were “hundreds” of boys over the years who fell victim to his predatory ways.)

In efforts to clear his name, Bambaataa conducted an exclusive interview with longtime FOX 5 reporter and Hip Hop personality Lisa Evers where he profusely maintained his innocence.

“I never abused nobody,” the man born Kevin Donovan tells Evers when directly questioned about the sexual abuse allegations before incredulously questioned “wow why now?”

Said allegations began in March of this year when former New York State Democratic Committee Member Ronald Savage stepped forward and claimed he engaged in oral sex activities as young teen within in the pages of his newly published book, Impulse, Urges and Fantasies. Since then, three other accounts mirroring the same heinous acts have be subjected to the public and the Universal Zulu Nation, who initially, dismissed all the claims as “outright lies,” before taking procedural steps to separate themselves from the “Planet Rock” creator altogether.

Bambaataa says his initial reaction regarding the allegations pained him to the point where he had to speak out for all public ears to hear.

“It was definitely hurting and definitely crazy to hear this now when I was doing so many other works in the community at the time,” he admitted. There was also a clear shot at those who have been turning their back against him saying “many of the people never want to speak to my other members who were of that era. They just going along with he say, she say…what they call gossip.”

Part one of the interview with air tonight on FOX 5 News at 10 p.m., following Empire, while part two will air tomorrow morning on Good Day New York.

As for being on the outs with the organization he started, Bambaataa insists that he will “always carry the banner and flag” of the Universal Zulu Nation.