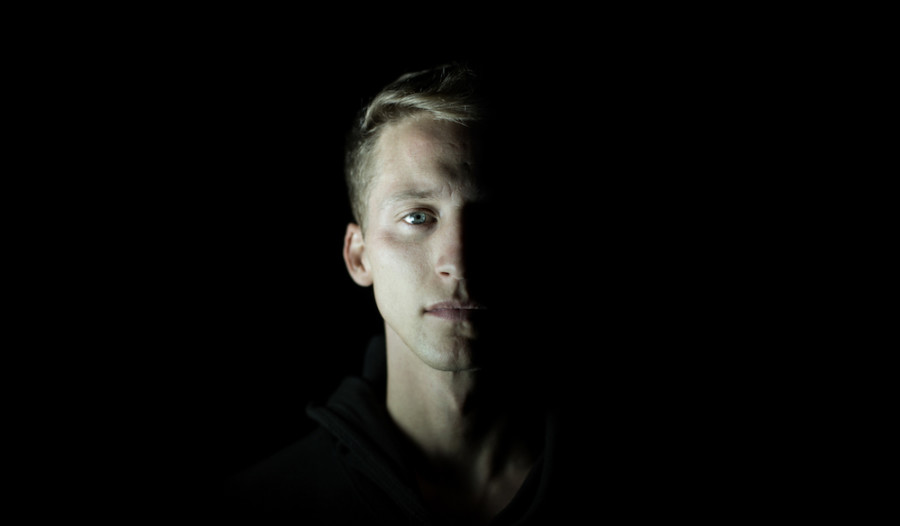 “If I build houses and I’m a builder, do I only build houses for those who only believe in God?” asked Michigan-native NF(real name Nathan Feuerstein) whose, recent project Therapy Session might be the biggest breakout success from an emerging emcee representing Christianity this year.

Released in late April, his sophomore follow-up to last year’s critically bulletproof Capitol CMG debut Mansion entire iTunes’ Hip-Hop album charts at numero uno. NF also managed to spend some time as the only artist on the overall top ten who wasn’t either Beyonce, Prince or Chris Stapleton at the seven spot. “I’m excited man because the fans really make the statement and I just make the music that I feel,” said NF. “Just kind of a reassuring thing when fans are buying stuff and reconnecting with you.”

The most personally intimate album of his career so far, Therapy Session has NF coming to terms with his past in a fairly uncompromising way. “I’m walking people through my life and came up with another unique way to express,” explained NF whose album cover art features him standing across from himself. “I just don’t write songs for everybody else, it helps me too.”

NF’s internal psychological battles are more pronounced on Therapy Session. Tracks like “How Could You Leave Us” deal with the overdose of his mother during his teenage years. “That was the hardest thing I’ve written,” explained NF. “I was bawling my eyes out in the studio. I had my producer leave the studio and I just talked over the beat which is what you hear in the song.”According to NF, he hoped his story would help listeners get through their troubled past.

Even “Oh Lord” has him questioning his own belief. “There are a lot of people who question God and stuff like that,” said NF. “This is me smacking myself in the face, but make people think about life.”

These universal themes represent a rise in Christian based rappers who are generating solid fan bases similar to secular artist. Despite being signed to one of Universal Music Group’s biggest Christian music outlets, NF doesn’t see himself as a Christian rapper. “I don’t know what a Christian rapper is,” he added. “I’m just an artist who makes music for everybody.” And, he does. His music has already been featured on everything from Empire, Chicago PD and Madden NFL 16 to Love & Hip Hop. NF is also not shy about admitting his appreciation for Drake, Royce Da 5’9 and his favorite rapper Eminem alongside non-rap artist like Ed Sheeran. “To me, people are going to call you whatever they’re going to call me,” NF explained. “I’m just trying to make music that helps people.”