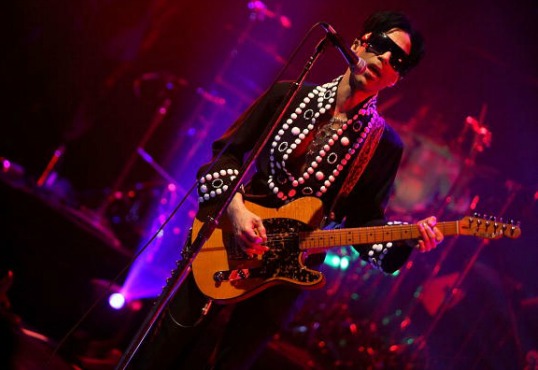 Prince Once Pondered If He Should Learn To Rap

Los Angeles, CA – The entertainment world is still reeling in the aftermath that Prince, the icon, the legend, the musical innovator has died at the age of 57. Paramedics rushed to the scene of his Paisley Park compound in Chanhassen, Minnesota on Thursday but were unable to revive him after discovering him on his elevator floor. The mystery of his death won’t be fully solved until the results of his autopsy are in but Carver County Sheriff Jim Olson has assured the public that “no obvious signs of trauma” were found present on his body or there is “no reason to believe at this point that it was a suicide” for that matter.

Such mystery surrounded the one known as The Purple One’s life all the same. Known for his privacy, it’s a remarkable notion to consider that someone as cocksure and accomplished as Prince had ever had reservations about his role in the tide change of the music—as he helped steer its current for decades.

A moment of vulnerability was uncovered during the airing of last night’s comprehensive ABC 20/20 special, Prince: Death of a Legend when former manager Bob Cavallo revealed that the rise of Hip Hop had his client debating over a creative shift in direction.

When anchor Chris Connelly asked whether or not it was difficult when Hip Hop and rap hit the scene, Cavallo responded with a resounding “yeah,” as if he remembered the era like it was just yesterday.

“He asked me, ‘Should I learn, to rap?'” Cavallo remembered, noting how embarrassed a living Prince would be to have that tidbit of information out in the open.

Prince never traded in his love symbol-shaped guitar and high heels for a wireless mic and shell toe adidas but he did kick a mean flow on his 1996 Emancipation single “Face Down.” The record found saw him channeling all the angst a rapper employs in their lyrics while lashing out at his Warner Bros. label, to whom he was feuding with at the time.

Of course, his unique fusion of funk, pop, rock and soul helped inspire countless Hip Hop artists through the power of sampling to create classics in their own right. And his own catalog will forever continue to transcend the generational gap.

His greatest hits album The Very Best of Prince will be No. 1 on the Billboard 200 come next week.