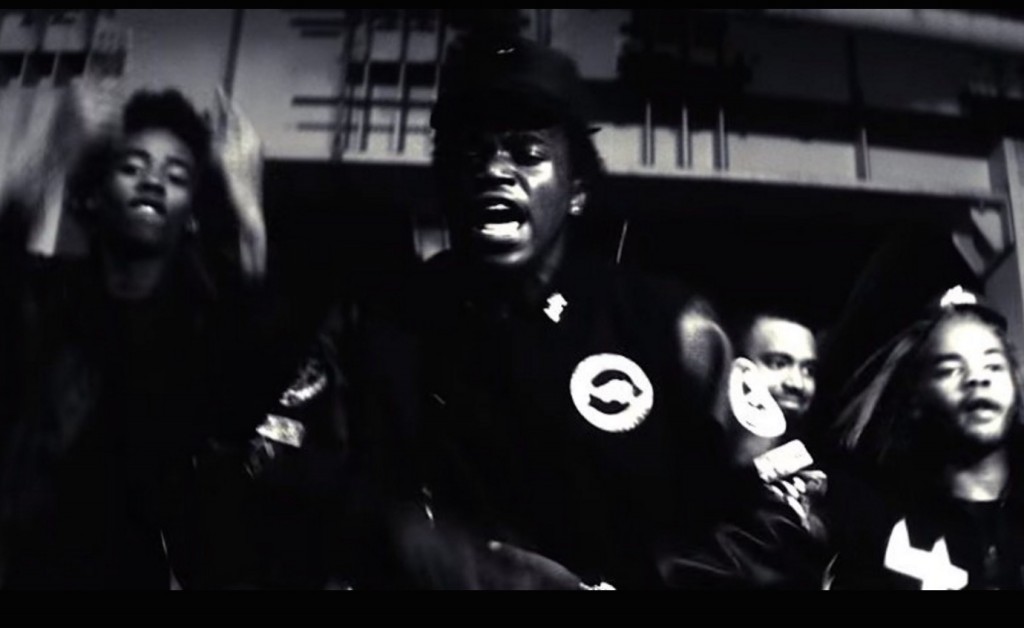 Los Angeles, CA – A lot has gone on with Kirk Knight since dropping his debut Late Knight Special in October of last year. The album was given a 4.5 by HipHopDX. Homer Johnsen called the project “a sonic oeuvre of contemporary East Coast Hip Hop rooted in tradition, yet stunningly present.” It was popular enough to raise his profile within the home of Joey Bada$$ and land a large European tour the following year. However, the success served as fuel to the fire for Pro Era’s current beef with Troy Ave after Knight reportedly outsold the Major Without A Deal rapper. Even the producer-slash-emcee’s Wikipedia page mentions the controversy in a clever way, which, even surprised him.

During our time with Knight, he discusses with DX his thoughts on the biggest rap beef this year, touring across the seas and music after Late Knight Special.

HipHopDX: It’s been several months since the release of Late Knight Special. How do you feel about the reception at the moment?

Kirk Knight: I just hear all of the things that I could have done better. At the end of the day, I love the way it came out and it shows the level of what I was trying to create at the time. Just the fact that I put it out and that was the mentality that I had at the time, leaves more room for improvement in my head. So, I know what to do for the next time. Dropping that project, I wanted to see all the procedures that go in pushing a project so I get used to it so when I drop another one, I’m not worrying about half the things I’m worrying about. It leaves more room for creativity and ideas to pop up.

DX: Since then, what’s been the most surprising moment of the album’s release?

Kirk Knight: That people in Portugal listen to my music. Shout out to Portugal one time. That’s one thing I could say that I’m proud of. And, I was proud of the fact that it doesn’t really sound like anything out. I don’t get that comparison.

DX: As the in-house producer for Pro Era, was it difficult developing beats for your own project?

DX: Speaking of your album, when you go to your Wikipedia page, it says this: “His debut project, Late Knight Special, was released on October 30, 2015 Which Out Sold Troy Ave.” How do you feel about the issue with Troy Ave?

Kirk Knight: I didn’t know that was there. You put me on. Wow. At the end of the day, numbers don’t lie. I’m not trying to say anything on some, “I’m shitting on you” shit. That’s how the cookie crumbles. I’m still going to do me and what I have to do. Even the fact that he disrespected Steez, I don’t fuck with that. I don’t fuck with him. I don’t fuck with that type of energy and vibes. At the end of the day, people are going to do what they do. It just shows where your morals are and where your respects and beliefs are at. I let karma play its role. I don’t try to get into too much shit because I came from a place with a lot of dumb shit. So I have zero tolerance for that. As long as he ain’t doing shit that’s touching me or none of that, I don’t care.

People come to see you and you have to be yourself. That’s who the people came to see. I’m a cool, level-headed guy until I get tight. I got anger issues and shit. I just try to connect with as many people as possible. Your base of who likes your music just grows because they feel like they can touch you. Some people and some artists make themselves so mysterious to where there’s a disconnection between them and the fans. When you drop records, they don’t know you. When you look at Kanye, you know where he came from, you were still connected with his life throughout his career.

DX: You just got off the tour in Europe, too?

Kirk Knight: They showed so much love. I love it out there and lost mad clothes out there. The shows were too crazy. They either got sweated off, ripped off or taken from the crowd. That’s what I’m trying to say. Life still moves on no matter if someone talks shit or not. I went overseas and did a tour that was for the fans. Not only in the U.S. I just wanted to be on a tour just for the people, not even related to the project. I just want to see with my own eyes who is listening to my stuff.

I was there from March 31 to April 10. What I discovered is that there are so many people listening to my stuff, even directing “Late Knight Special” live in Portugal. I was in London and there were 1,400 people— sold out show. That happened and so many people knowing my record. It gives you more oomph and motivation to make more music. That’s what makes you want to go. I knew that inspiration. I had producers and writer’s block. I know there are a lot of people coming out in this new generation with writing and producer’s block. At the end of the day, damn you can’t make nothing.

Kirk Knight: Yeah, it’s difficult because back then, people could go on hiatus and come out with albums and people would be like “oh shit.” The Internet makes things so constant where you have to drop music all the time or you’re going to get forgotten. Then, you’re listening to a new artist and that artist’s biggest single is a one-hit-wonder. All these things. You got all these people who you don’t think is going to stay stick. You got people who you think is going to stick don’t stay. There’s so much content flowing. It’s harder when you have blocks because there’s so much content coming out. Look at Young Thug, he drops music all the time. We’re at Slime Season 3. He dropped mad shit that I can’t keep up with. Then you got Future dropping a million mixtapes. You notice it more because people are dropping so fast.

DX: That’s a difficult problem for artists of this generation when artists are putting out music constantly. What’s that battle like?

Kirk Knight: When you have that stream of motivation, make as much music as possible. Even if it’s demos, drafts or just a hook. When you have writer’s and producer’s block, when you see what you’ve done later, it’ll inspire you. Damn that’s what I left off from? Then it’s going to motivate you to make some shit or move from that. You don’t have anything else in my mind to do. This keeps me going. If there’s any moment I have writer’s and producer’s block, I can go back to that. And, living life. Sometimes you can make so much music, you have to live life. I just talked about what I did in the last four months.

Kirk Knight: I thought it was a joke Donald Trump running for President. At the end of the day, there’s always a stigma when we come around with melanin and stuff like that. It’s always going to be a stigma and it’s about being the generation that admits to it and lives with it—along with trying to destroy it. It’s been around since cotton fields. It’s been happening, now it’s just in different ways. When you add classism to it, you’re not allowed to be here because of that—to be shopping or eating here or driving here. I don’t know about the presidential campaign there. I just feel like there are so many things in the boiling pot.

DX: Wrapping this up, should we expect more music from you soon?

Kirk Knight: I’m just multi-talented. I just want to make mad shit. I’ve been deejing, producing, rapping. I’ve been expanding my creativity. You never stop. For people who just rap, there’s a lack of openness or open-mindedness. If it’s not for you, you can rule it out. If it’s for you and takes you off your main line of work and it makes you happy, it boosts what you like doing. Playing music and seeing the reaction in the room also makes me understand what type of records I need to make, what sound I need to make or atmosphere in today’s modern day life of mingling.