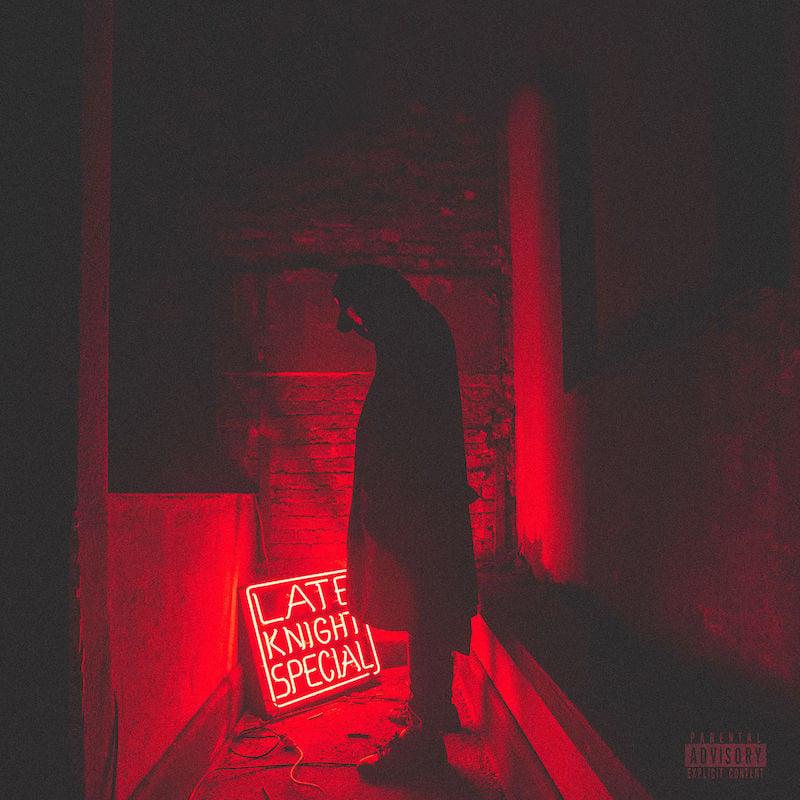 There is no question that 2015 has been an amazing year for Hip Hop. Joey Bada$$ started the discussion in January when he released B4.Da.$$. Unbeknownst to the general public at the time, this was just the beginning of a carefully planned rollout by the Pro Era clique. Labelmate Kirk Knight was among the slew of producers enlisted by Joey, after having introducing himself on “Where It’s At,” from the 1999 mixtape. Fans of the imprint knew Kirk would be next in line, and the expectation was that he would deliver. The only question was, “Just how good will he be?”

Late Knight Special runs for 48 minutes over twelve tracks; enough time for Kirk to sufficiently showcase his multidimensional beat-making prowess and constant lyrical onslaught. Joey may be the more Shakespearean Pro Era lyricist with his double entendres and clever wordplay, but make no mistake, Kirk can spit. Being a producer, his knack for drum notation and keeping time facilitate an innate ability to alter his delivery whenever necessary. Those skills, coupled with the endearing East Coast vernacular, equate to solidly above-average lyricism from beginning to end.

Kirk hits the ground running on the appropriately titled “Start Running,” declaring: “It’s not Rap no more / This that negro, fucking spiritual / That astrophysical / In that instance stars are born / With that instinct / We just press the mic record / And let it run,” before segwaying into the spiritually upbeat “Heaven Is For Real.” Beatwise, the first five tracks of Late Knight Special are reflective of the classic styles that influenced Kirk as a producer. “Brokeland,” his homage to Brooklyn, features banging snares behind an eery, looping harpsichord sample. “5 Minutes” (featuring Joey Bada$$), is also a more simple product of the drum machine, compared to the other, multi-layered beats. Technicalities notwithstanding, these songs are indicative of Kirk’s mature musical ear, and his ability to craft minimalist music.

After establishing a tone, Kirk devotes the next three tracks to the ladies. Where some artists struggle to cohesively mix these tunes with their niche sound, Kirk does so almost flawlessly; the content is never sappy, and the production changes accordingly, from r&b flavor (“One Knight”), to more contemporary modes (“Scorpio”; “Down”). “Scorpio” stands out in particular for its psychedelic melody and catchy hook (“Scream my name in vein / And put your guard down.”)

Three of the final four tracks feature guests and succinctly play the album out. On “Dead Friends,” Kirk goes in with some of his best rhymes on the album: “And the truth is over-ridiculed / Verdict never human, but something more spiritual / But put it through the physical / It’s enemies and animals and generalist Hannibals / And gotta be acceptables, I never took the corners / I was way more diagonal.” AndNoName Gypsy holds her own on the second and final verse too. Then, the back-to-back rhyming from Kirk and Mick Jenkins on “I Know” equates to a great pairing for the listener. Though the guests are infrequent, they do provide some vocal contrast to Kirk, and combined with the spontaneous yet consistent production, it’s a welcome surprise each time.

Late Knight Special is a sonic oeuvre of contemporary East Coast Hip Hop rooted in tradition, yet stunningly present. After years of being second to Joey in the Pro Era pecking order, Kirk steps out in grandiose fashion, asserting himself and his art with the utmost confidence. The Golden Era inspiration on his sound is apparent, though hardly definitive of his music as a whole; rather, Kirk is expounding upon a foundation already in place. RZA and Kanye are still doing their thing, while Kirk has made a strong case for being the new transformative producer to grab the baton, sprinting into a new decade of Hip Hop.