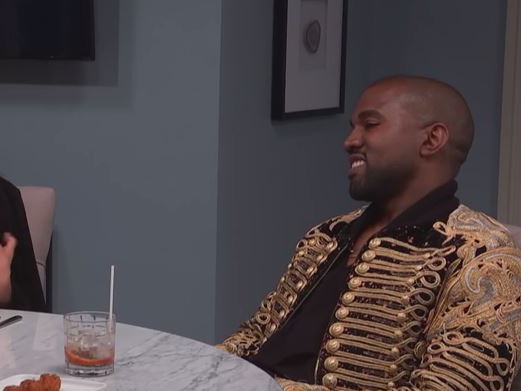 Screenshot from "Kocktails With Khloe"

Kanye West’s daughter, North flushed the rapper’s original The Life Of Pablo raps down the toilet.

While appearing on the final episode of fyi’s “Kocktails With Khloe,” Kim Kardashian-West recalled the moment when North flushed the phone Kanye housed his original The Life Of Pablo rhymes on, down the toilet.

She explained that her husband seemed relatively unfazed by the mishap, even when those at Apple were unable to retrieve the doomed files.

“Kanye had every single rap in his iPhone before he really started working on Pablo. And then North flushed it down the toilet. And they could not be retrieved. We went into like four places. And he didn’t even get mad. I would have at least screamed,” Kim Kardashian-West said.

The lighthearted story comes shortly after Kanye and TIDAL found themselves at the center of a serious lawsuit due to the way in which The Life Of Pablo was released.

A TIDAL subscriber is suing the Chicago rapper and the streaming service company after he felt duped into signing up for the service to stream Kanye’s album, which was later made available on Spotify and Apple Music.

Video of Kim Kardashian-West sharing the story of Kanye West’s The Life Of Pablo rhymes being flushed down the toilet, can be found below.