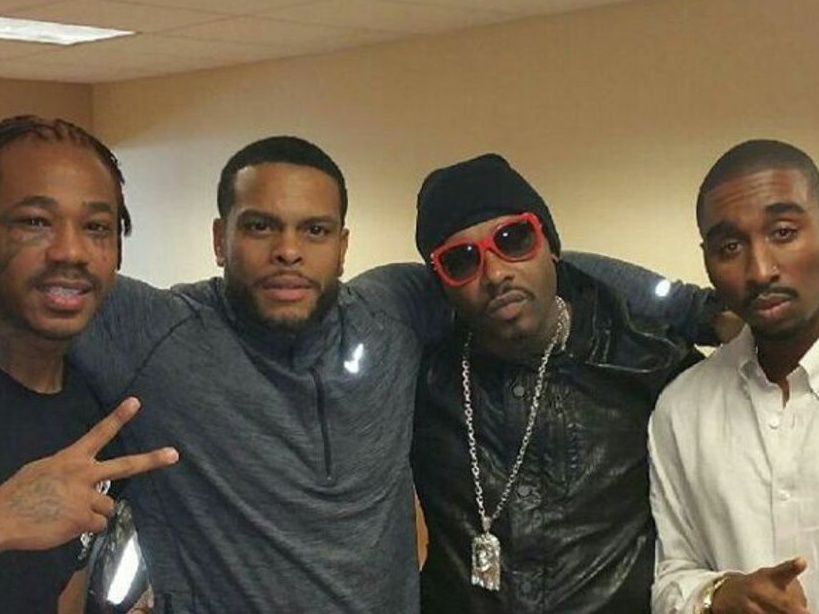 "All Eyez On Me" Cast To Be Honored In Las Vegas

All Eyez On Me director Benny Boom and others to be honored during ceremony in Las Vegas.

According to a press release, select cast and crew from the Tupac Shakur biopic, All Eyez On Me will be presented with a proclamation from Clark County Commissioner, Lawrence Weekly. Among those who will be present during the proclamation is director Benny Boom and Demetrius Shipp Jr., the actor who plays Tupac.

The ceremony is set to take place today (April 12) at an undisclosed location in Las Vegas.

“Filming for the major motion picture about the life and legacy of the beloved artist began in Atlanta in December 2015, and moves to Las Vegas on Monday, April 11, after which they will wrap,” a press release announcing the proclamation, reads. “September 2016 marks the twenty-year anniversary of the death of Tupac Shakur. Production in Las Vegas will reenact the hours and events leading up to that fateful night.”

Tupac was fatally shot on September 13, 1996 following the Bruce Seldon vs. Mike Tyson fight at the MGM Grand in Las Vegas. Nearly 20 years after his passing, the rapper’s death remains unsolved.

Although All Eyez On Me is set to wrap filming soon, it’s unclear when the movie is expected to hit theaters.