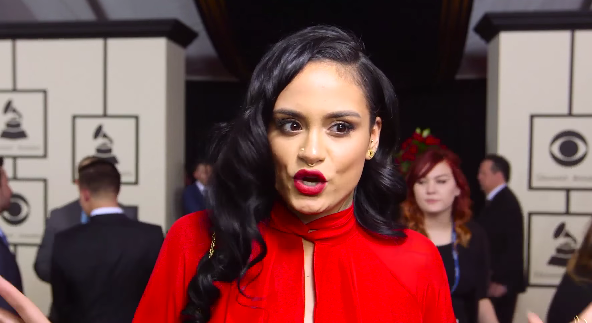 Los Angeles, CA – The past 24 hours have been a rough grind for breakout singer Kehlani, who, admitted early this morning (March 29) that she tried to “selfishly” take her own life after being intertwined inside a gossipy social media vortex that had the entire world accusing her of cheating on NBA star Kyrie Irving with her famous ex-boyfriend, PARTYNEXTDOOR.

Although the 20-year-old star had deleted her Instagram, she revamped it again to reveal the suicide attempt and once more to explain her side of the story.

“[Not] always crying for attention or help, I got my mama number on speed dial for that shit,” she wrote in a since deleted Instagram post from her hospital room. “[Is] everyone that conditioned to celebrities not being REAL PEOPLE??? I’m fucking going thru it. Going thru 20 year old drama queen issues and figure since all the trials in my songs that have seemed to help so many others, sharing my truths must be continued. Yes I got thru some crazy ass shit. But YES I TELL THE STORY SO THAT HOPEFULLY SOMEONE ELSE WHO NEEDED TO HEAR IT, WOULD. Im tired of being called the “cry for help” cuz never in my life have I EVER asked a single soul to take pity on me no matter WHAT I’m going thru. And since you’re begging for the truth of on my love life: I am severely in love with my first love. Went thru a bad breakup and ended up easing into a relationship with a man who was one of my bestfriend. Tho we reallzed we both weren’t exactly at a time where we were prepared to do so. No I’m not a CHEATER, a THOT, im a BELIEVER IN FOLLOWING YOUR HEART and not LYING TO YOURSELF. And in all aspects on everyone’s side, EVERYONE IS HAPPY AND HONEST AND MATURE. Social media is the goddamn devil. Go outside and play, you have your own lives to live that don’t revolve around “celebrities” or “socialites” who are simply trying to live lives like you.”

A secondary posting showed a perceivably remorseful PARTYNEXTDOOR (wearing a PARTYNEXTDOOR beanie) sitting bedside where he was thanked for saving her life.

HipHopDX reached out to Kehlani’s reps at Atlantic Records where they declined to comment at the present time. TMZ reports that paramedics told them she is currently on a psychiatric hold (a standard procedure for suicidal patients) after they learned “she wanted to harm herself.”

Kehlani’s since deleted posts can be seen below, courtesy of Baller Alert.

Also, there was this.