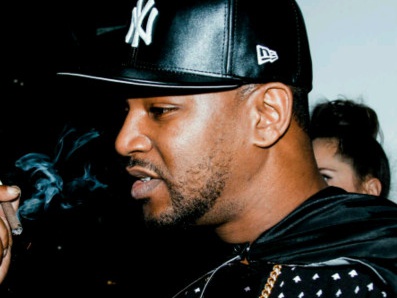 Days after Cam’ron announced his new deal with Reebok, during an interview with The FADER, the Harlem wordsmith has shared a picture of the Purple Haze sneaker he’s releasing with the brand.

The picture also confirms that the color scheme for the sneaker will be be pink and purple.

In the caption for his photo, Cam’ron left the following message: “The sole of of this #PurpleHaze Sneaker is cray.. #Reebok #420 #Fleeboks”

Cam’ron’s Purple Haze sneaker, which takes its cue from Cam’s album of the same name, is scheduled to hit stores on April 20.

The collab with Reebok doesn’t serve as the rapper’s first jump into fashion. In 2014, Cam and his girlfriend, JuJu unveiled his line of capes, during New York Fashion Week.

The teaser photo of Cam’ron’s Purple Haze collab with Reebok, can be found below.