Royce Da 5'9: "You Gotta Write Everything To Be A Top-Tier Lyricist" 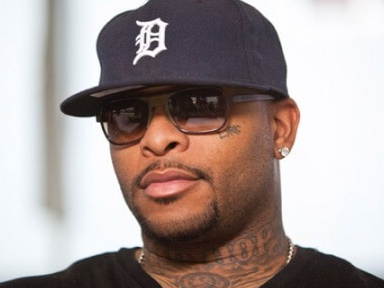 Royce Da 5’9 declares that a rapper can’t be a top-tier lyricist if they have any ghostwritten material.

Detroit rapper Royce Da 5’9 recently chimed in on the ghostwriting debate, during an interview with Vlad TV. The Motor City lyricist was specifically asked about the controversy surrounding Drake after Meek Mill shared that he “don’t write his own raps.”

Royce explained that he was surprised to hear that Drake has used a ghostwriter in the past. He later shared his belief that a rapper can’t be considered a top lyricist if all of their lyrics aren’t written by them personally.

“For me to look and see the way that everybody reacted to that, that was pretty fuckin’ surprising,” Royce Da 5’9 said. “And it made me not care. And when I first heard about it, I was like ‘What?! Drizzy? Drizzy not writing?’ Cause he’s so fuckin’ dope…It’s a newer way of creating. And I guess Hip Hop is evolving a little bit slower than the other genres. And if this is what it’s evolving into, as an OG I expect it…You’re still a great artist by pulling the songs together that way. You can’t take that away from ’em. But when you talking about best lyricist, I guess it comes down to what being a lyricist means to you. What is a lyricist to you? To me, a lyricist is a writer…You gotta write everything to be a top-tier lyricist.”

Royce Da 5’9 also spoke on his own experience as a ghostwriter for Puff Daddy and Dr. Dre. In regards to working with Puff on his Press Play album, he says the experience made him a much better artist.

“I walked away from that process a much better artist,” he said. “I think I owe Diddy a lot. Cause he taught me–And I don’t even know if he realized it at that time, but he taught me the art of re-writing. Because I wasn’t a re-writer prior to that process. And I thought he was just being hard on me, but really he was pushing me as a way of pushing himself.”

Video of Royce Da 5’9 speaking on ghostwriting, can be found below.