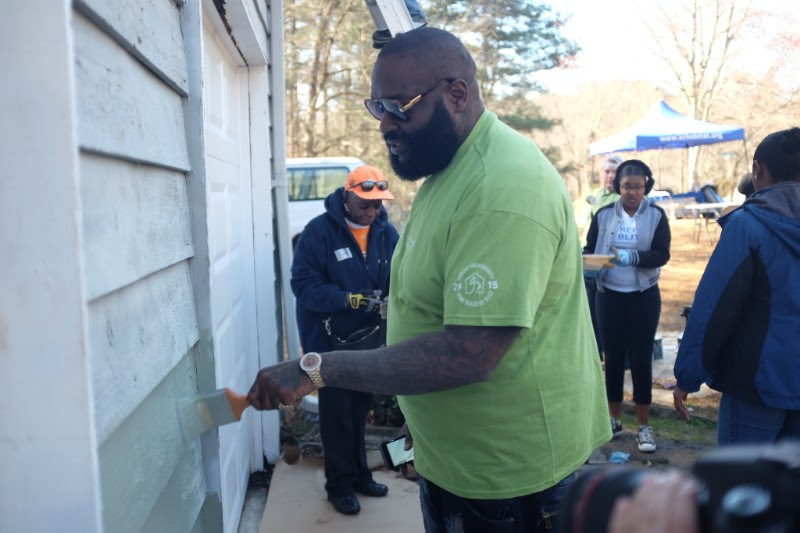 Rick Ross is supporting a Habitat for Humanity project for a military veteran in his hometown of Fayetteville, Georgia.

According to a press release, the South Crescent branch of the organization is building a home for veteran Steve Jacobs. Ross spent two hours helping paint the home and visiting with the branch’s CEO Kem Kimbrough, city mayor Ed Johnson and other city officials. They discussed the need for affordable housing in the community.

The Black Market rapper then met with families who were participants in Habitat for Humanity’s home ownership program.

“Anything that I can do, I want to do it,” Ross said of helping the organization.