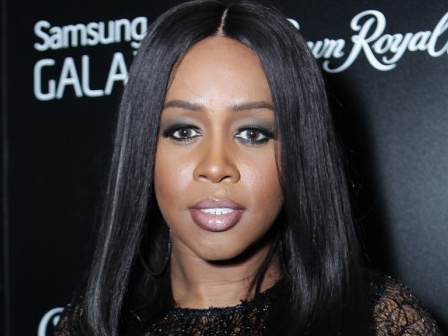 Both Remy Ma and Fat Joe recently appeared as guests on the Rap Radar Podcast. During their conversation with Elliott Wilson and Brian “B.Dot” Miller, the pair touched on their past fallout, each of their relationships with Big Pun, and their upcoming album, Platas o Plomo.

Remy Ma recalled meeting Big Pun, who lived in the same neighborhood as her mother, for the first time as a high school student. The rapper says she was invited to rap for Pun one day, and the next day she joined the rapper for a videoshoot, which also featured Fat Joe and Jennifer Lopez.

From there, Remy says she was with Pun nearly every day.

“He was like ‘Yo, let me hear you rap’…I guess he thought I was gonna be nervous or whatever, but that’s not in me,” Remy Ma said. “I was never nervous. So, I just start rapping. And he’s like ‘That was dope. What else you got?’…I’m sitting there in the truck. Watching them film the video. Jennifer Lopez, Fat Joe, Big Pun..From that day, I was just with him every day.”

During the podcast, Fat Joe doted heavily on the pair’s upcoming album, Platas o Plomo. He compared the release of a project featuring himself and Remy Ma to that of Snoop Dogg and Dr. Dre or Jay Z and Kanye West dropping an album.

“The album is the best album coming out,” Fat Joe said. “It should give inspiration to everybody in New York City. This shit is phenomenal. Remy’s gonna be rated top. They gonna ask to see if she’s the best rapper on Earth, male or female. That’s how bad she’s going on this album. It’s so fuckin’ incredible, when people hear this album, this shit is so fuckin’ crazy. I feel like God blessed us…It’s like if Snoop or Dre did a new album. Kanye and Jay Z did a new album.”

The Rap Radar Podcast featuring Remy Ma and Fat Joe, can be streamed below.