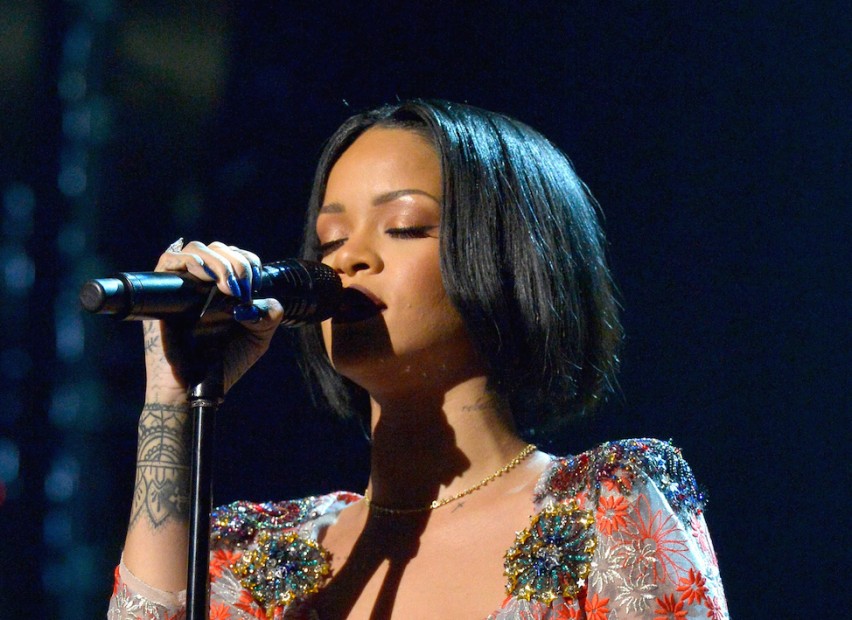 This is the singer’s fourteenth song to reach the top spot on the chart, the third most of all-time. Rihanna surpasses Michael Jackson, who previously held the #3 spot with 13. Her other tracks to hit #1 include “Diamonds,” “We Found Love” and “What’s My Name,” which also features Drake.

Ahead of Rihanna, the Beatles have 20 songs and Mariah Carey has 18 songs to reach the position.

Rihanna responded to the accomplishment on social media, thanking her fans, the Navy, on Twitter and then posting a video on Instagram of Homer Simpson and Family Guy‘s Peter Griffin washing cars and twerking.

Drake thanks Rihanna on Instagram for both of the songs that reached #1.

“Two number ones and they are both cause of you…” the Toronto rapper writes with a screenshot of the video for “Work,” which was released today. “Midas Touch Riri. Thank you!!!”

“Work” appears on Rihanna’s eighth studio album, ANTI, which hit the top spot on Billboard’s Top 200 albums chart in its second week of release. The LP was first released to TIDAL, where the singer’s partnership with Samsung helped the album sell 1 million copies within the first day. Billboard did not recognize those sales, which resulted in ANTI debuting at #27.

View Rihanna and Drake’s social media posts celebrating “Work” at the top of Hot 100 below:

Two number ones and they are both cause of you…Midas Touch Riri. Thank you!!!