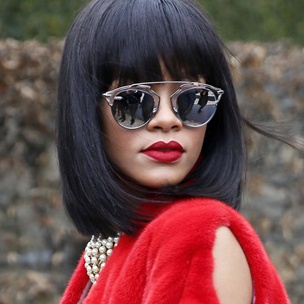 As part of a feature story with The New York Times, Rihanna was questioned about matters concerning race. The singer was specifically asked if she became more aware of race once she moved from Barbados to New York.

Rihanna went on to explain that she’s most aware of her race when it concerns making business deals.

“You know, when I started to experience the difference — or even have my race be highlighted — it was mostly when I would do business deals,” Rihanna said. “And, you know, that never ends, by the way. It’s still a thing. And it’s the thing that makes me want to prove people wrong. It almost excites me; I know what they’re expecting and I can’t wait to show them that I’m here to exceed those expectations.”

The songstress continued to speak on race, stating that certain people have been programmed to believe that if they see a black man, they should hold their belongings tighter. She went on to explain that in her case, people tend to make assumptions merely off of her “packaging.”

‘‘But I have to bear in mind that those people are judging you because you’re packaged a certain way — they’ve been programmed to think a black man in a hoodie means grab your purse a little tighter,” the singer said. “For me, it comes down to smaller issues, scenarios in which people can assume something of me without knowing me, just by my packaging.”

During her interview with The New York Times, Rihanna also spoke on her internet habits, handling pressure from the public, and more.