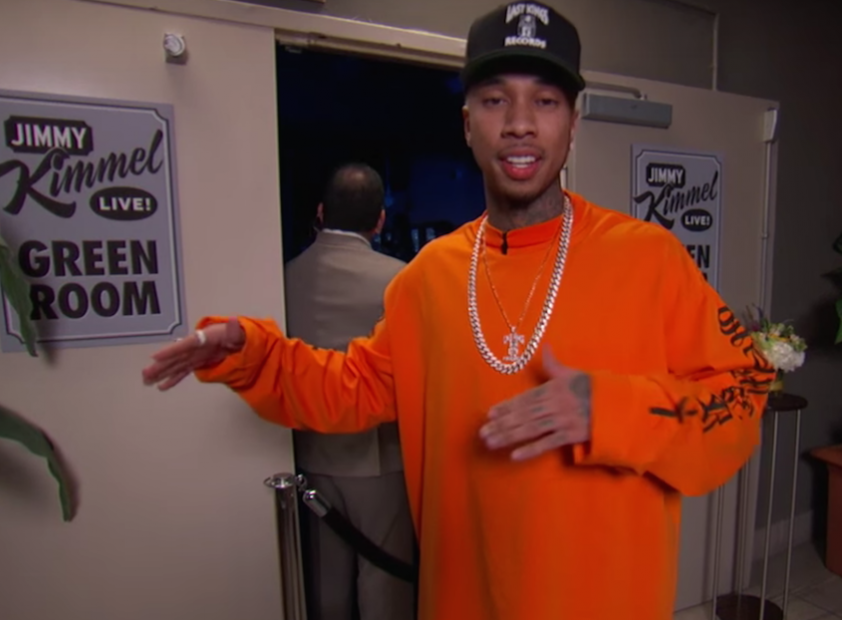 Tyga invited Paul McCartney to his concert after the Beatles singer was denied entry into the rapper’s Grammy party.

The rapper appeared on Jimmy Kimmel Live to share his side of what happened after the awards ceremony.

“I woke up to a series of texts and TMZ,” Tyga says, referencing the site that broke the news. “Like so it was pretty crazy. I had no knowledge. I was inside performing. I wish I woulda knew he was outside. I woulda went out there with the mic, brought him in, performed right there with me.”

McCartney was denied entry twice Monday (February 15) after attempting to get into the Argyle, where Tyga was performing. Apparently, the club was at maximum capacity and the fire marshall ordered no more entries.

When asked if he has reached out to McCartney, the rapper points to his posts on Twitter that he wrote the day after the Grammys.

“I tweeted him, but I don’t think he seen my tweet,” he says.

In his social media posts, Tyga tagged the singer, calling him “a legend” and said he “had no knowledge SIR PAUL was there.”

Tyga then invites McCartney to the Los Angeles stop of his “Rawwest Alive” tour.

“I have a show coming up February 26 at [Club Nokia],” Tyga says. “Paul, if you’re watching this, I would love for you to come. I will personally walk you in.”

Watch the video of Tyga inviting Paul McCartney to his concert and view Tyga’s tweets below:

Why would I deny @PaulMcCartney stop it. He's a legend ??

I don't control the door. I had no knowledge SIR PAUL was there. I just performed and left.