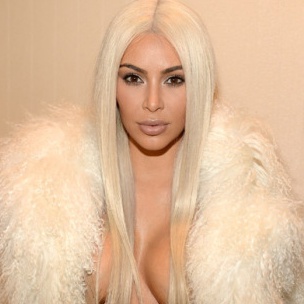 People.com recently spoke with a source close to Kim Kardashian, and that source has revealed that the reality star “can’t stand” Kanye West’s “compulsive tweeting.” The source also stated that Kanye’s tweeting is beginning to cause friction in the marriage.

“Kim is a very supportive wife…What causes friction in the marriage, however, is Kanye’s compulsive tweeting. Kim can’t stand it. She is all for self-promotion, but doesn’t approve of Twitter drama,” the source said while speaking with People.com.

In the past week alone, ‘Ye has sent tweets about being $53 million in debt, allegedly receiving Taylor Swift’s approval for a song featured on The Life Of Pablo, and more.

He also engaged in a Twitter feud with Wiz Khalifa and Amber Rose some time ago.

Despite the claims of friction in the marriage, Kardashian and various members of her family were all present at Kanye’s Yeezy Season 3 fashion show at Madison Square Garden last week. In a message sent on Twitter following the fashion show, she applauded Kanye for selling out the show, and included the #ProudWifeTweet hashtag.