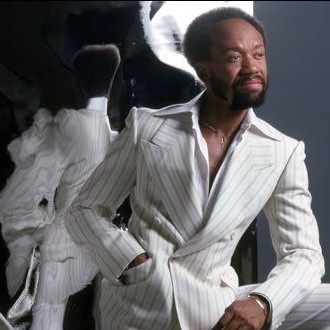 “Our brother Maurice White passed peacefully in his sleep this morning,” reads a tweet from Earth, Wind & Fire’s official account. “The light is he, shining on you and me.”

White suffered from Parkinson’s Disease and revealed to fans of his diagnosis when the nine-piece band was inducted in the Rock & Roll Hall of Fame in 2000.

He struggled with the disease since the 1980s and it eventually caused him to stop touring with the band in 1994.

“My brother, hero and best friend Maurice White passed away peacefully last night in his sleep,” his brother and fellow Earth, Wind & Fire member Verdine White told The Associated Press on Thursday (February 4). “While the world has lost another great musician and legend, our family asks that our privacy is respected as we start what will be a very difficult and life changing transition in our lives. Thank you for your prayers and well wishes.”

Neil Portnow, President and CEO of the Recording Academy, also reacted to the passing of the seven-time Grammy-winning Earth, Wind & Fire musician.

“His unerring instincts as a musician and showman helped propel the band to international stardom, influencing countless fellow musicians in the process,” Portnow says of White. “While he will be greatly missed, Maurice’s contributions to music will live on. We offer our condolences to his family, friends and creative collaborators.”

Earth, Wind & Fire will be recipients of the Lifetime Achievement Award at this year’s Grammys.

Bootsy Collins, Questlove and Wu Tang Clan are among those who took to social media to pay homage to the late singer who helped create hit songs such as “September,” “Shining Star” and “After The Love Has Gone.”

“RIP MAURICE WHITE,” says a tweet from Wu Tang Clan‘s official account. “LOVE & BLESSINGS TO HIM AND THE FAMILY . EARTH WIND AND FIRE ..ANOTHER SHINING STAR GONE TO BOOGIE WONDERLAND.”

Social media posts paying homage to the late Maurice White are as follows:

RIP MAURICE WHITE .LOVE & BLESSINGS TO HIM AND THE FAMILY . EARTH WIND AND FIRE ..ANOTHER SHINING STAR GONE TO BOOGIE WONDERLAND .

I never got to see EWF live, and I am truly sorry about that. Thank you for the gifts, Maurice White. Go travel the universe. ???

On a set where we just got the sad news. Maurice White! Founder of EARTH, WIND AND FIRE. His genius was the soundtrack of my college years.

Rest in Peace Maurice White @EarthWindFire Thank you for your Incredible Art! You inspired me to create!

Damn Maurice White?!!! Rest Easy!! Get some EWF in your life

Rest in Peace Mr. Maurice White. @EarthWindFire is one of the greatest groups ever assembled. Thanks for the memories & the inspiration.