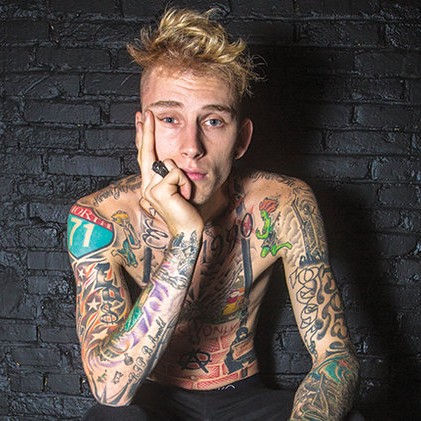 Machine Gun Kelly addresses his “race is not an issue” comments he made to TMZ last week regarding Macklemore’s “White Privilege II” single during an exclusive interview with Billboard.

After Machine Gun Kelly was told he was one of the greatest “White rappers of all time” by a TMZ cameraman last week, MGK took issue with the title and quipped that he was simply a great rapper before being questioned about his thoughts on Macklemore’s “White Privilege II.”

“It wasn’t even a diss to Macklemore, it was moreso the fact that he chose to speak about race in his music,” the 25-year old musician says.  “I think a big part of why race is such an issue is because we feel stereotypes or add to the stereotypes. I don’t want to shed light on anymore stereotypes because it just helps foster that hatred. That was moreso why I said ‘race is not an issue.’ Race is obviously an issue in the grand scheme of the world but for that particular question and for the way I see music, race is not an issue. I don’t listen to Sam Cooke because he is a black singer. I listen to Sam Cooke because he’s an amazing vocalist and his song content is beautiful and I can relate.”

The Cleveland, Ohio native also notes that he was raised in a racially diverse area and is a father of a mixed child who takes issue with classism just as much as he does with racism.

“I think me and Macklemore exist in two different worlds,” says the Bad Boy signee. “I would never think twice about marching next to my brother for an issue we both believe in. These are issues that I am actually facing. Cleveland, Ohio is the real deal. We’ve seen it happen especially moreso with all of these police shootings, friends of mine being killed, all of that happening within the past couple years. The tension is rising more and more and I just have no reason to think twice about standing for what I believe in. I don’t see these people as my black friends — these are my friends, these are my family, these are people in my city that we want to stand up for. I think just as much as racism is an issue so is classism.”

The “Wild Boy” rapper adds that he doesn’t believe in “social-issue hopping” because an issue is hot at the moment and asserts that any social issue he’s involved in would be one he would die for.