Turk Suggests Reunion With Lil Wayne & Birdman Was God’s Will 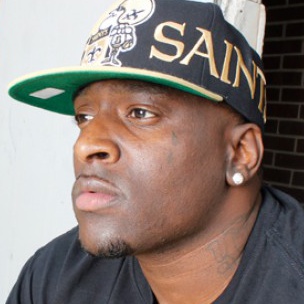 According to New Orleans rapper Turk, “what God wants to happen, can’t no man stop it.” And during a newly-released interview with Mikey T The Movie Star, he suggested that that may have been the case with his unexpected reunion with Lil Wayne and Birdman, earlier this month.

Turk went on to explain that he placed it in his mind that he was going to get up with Birdman, Lil Wayne, and Ronald “Slim” Williams, since he was in Miami.

“What God wants to happen, can’t no man stop it,” Turk said. “This communication. Throughout the years, I ain’t have no communication with nobody. And throughout the years, I have said a whole lot of stuff up out my mouth that I shouldn’t have said. Because at the end of the day we all family. Now that I realized my mistakes of what I did—I had some shows lined up in Miami. And I didn’t know how it was gonna happen, but I had made it up in my mind that I’m about to go get up with Birdman. I’m about to go holla at Slim. I’m about to go holla at Wayne. I had made up in my mind that that’s what I was gonna do. We didn’t talk about that. But when I got there it just fell in place like that because it was meant to happen.”

Turk, who revealed that he hadn’t spoken to Birdman in person in 13 years, says a face-to-face conversation was needed for the two to properly hash out their issues.

“Sometimes that’s what you need,” the rapper said. “You need a face-to-face conversation with a grown man to get over anything that may have occurred. And now, man, we talk every day…He the same person to me. I just changed. I have grown up. I’m not the same person. I’m not the quiet type no more…I spoke my mind. I don’t bite my tongue anymore. And Birdman respects that. Me being a man and coming to him talking to him like a man.”

Prior to his reunion with Lil Wayne and Birdman, Turk released a statement to AllHipHop.com about the unlikeliness of a Hot Boys reunion.

“People can stop hitting me up about any album. I don’t have nothing to do with that,” Turk said. “I’m focused on my movement and what I’m doing. But, like I’ve always said, there can’t be a Hot Boys reunion without B.G.”

Video of Turk speaking on his reunion with Lil Wayne and Birdman, can be found below.