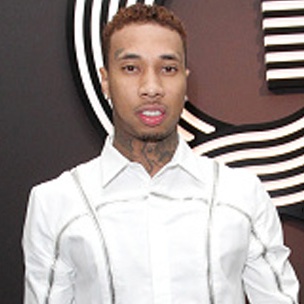 Tyga shares his thoughts on Lil Wayne and Birdman reuniting.

One of the first topics of conversation, Los Angeles, California rapper Tyga discussed during his appearance on Streetz 94.5 this week was the reunion between Lil Wayne and Birdman. From his commentary, the musician appeared to applaud the reunion between the two, who were pictured together in the studio in an Instagram photo uploaded on January 20.

Tyga referred to the falling out between Birdman and Lil Wayne as a typical, family spat.

“It’s good,” Tyga said. “Wayne’s family. When you got history with somebody, you always gonna go back to that. You might have to break away from somebody for a minute. And then—The history is there though. That’s for any family. That’s for any person that you got love for. You go through what you go through. And then make it work.”

Tyga was later asked about several rumors he’s found himself at the center of. In regards to the 14-year-old who he allegedly sent inappropriate messages to, he explained that he was trying to help with her career.

He also credited his relationship with Kylie Kardashian, and the rest of the Kardashians for the way he’s talked about in the media.

“I feel like you gotta pick and choose your battles with that,” he said. “The girl that said she was 14 or whatever. Whatever she was. I felt like when people—You on social media. A lot of people are models. A lot of people are singers, artists trying to get discovered. So, when I hit her up and asked her to send music—That’s why I put the text out. My intentions—I didn’t have nothing to hide. It was just kinda crazy whoever tried to flip that situation…I got 8.5 million followers on Instagram. I got a big following. And then the affiliation with K [Kylie] and her family, they’re one of the biggest people on social media. And in media, period. So, of course they’re going to attack me by affiliation. It don’t even matter if I was—If I stayed in the house all day. I would still get attacked. I feel like you just brush the shit off. It’s a new story every day, but at the end of the day I’m living my life.”

Video of Tyga speaking on the reunion between Lil Wayne and Birdman, can be found below.