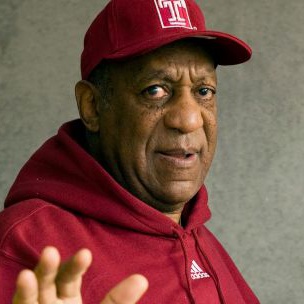 Actor/comedian Bill Cosby is at the center of a diss record released by one of his accusers.

Goins, who unsuccessfully attempted to file a case against Cosby after he allegedly sexually assaulted her at the Playboy Mansion in 2008, takes aim at the former “The Cosby Show” star on her record.

On the song, she asks “What you gon’ do Bill, poppin’ pills on the girls when they come through?”

Goins also speaks on Cosby’s other alleged victims as she raps: “You’ll keep getting protested and booed at ya shows / It’s a trip, you kept on for all these years / Too bad your victims were women with voices to hear / It’s not going away it’s time to face the facts, I can guarantee that you’ll never make a comeback.”

In the Hip Hop community, Cosby has found himself with supporters, and others who have criticized the actor for his alleged actions.

Detroit rapper Eminem poked fun of Cosby in a Sway In The Morning freestyle, last year.

“Awful, I made Monopoly off misogyny, sodomy / How many chocolatey Jell-O Pops could he possibly lace / Walkin’ atrocity / No wonder you scoff at me / It’s still obvious I’m as off-pudding as Bill Cosby is,” Em rapped.

Hip Hop artists who have come to Cosby’s defense include Joey Bada$$ and J.U.S.T.I.C.E. League.

A snippet of Chloe Goins’ “Bill Cosby: Diss-Record,” can be found below.