The rape allegations surrounding actor/comedian Bill Cosby have become more and more incriminating as time has progressed. The Hip Hop community has been widely quiet on the recent news, aside from Snoop Dogg, but one group decided to make their feelings heard.

Taking to Twitter yesterday, production trio J.U.S.T.I.C.E. League aired out their beliefs on the allegations coming to Cosby’s defense.

“Might I remind you, there’s never been a conviction of Bill Cosby,” the account tweeted. “Only a Twitter conviction. You fuckin nancy grace’s.” The Miami group also tweeted a message that received perhaps the most amount of traction, saying that the Twitter users who are accusing Cosby of rape need to be “raped by Cosby” themselves. They would later apologize for the series of tweets and said they were “looking into this matter now.”

Bill Cosby has been accused of sexual assault by numerous women over many years. No official charges have been brought against him yet.

View all relevant tweets below: 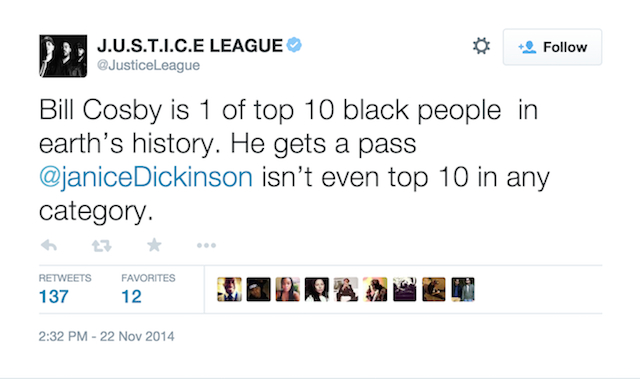 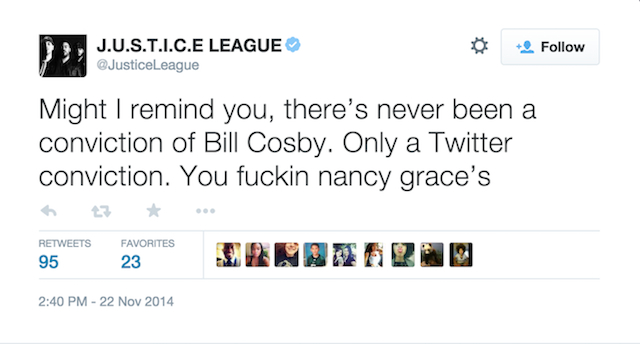 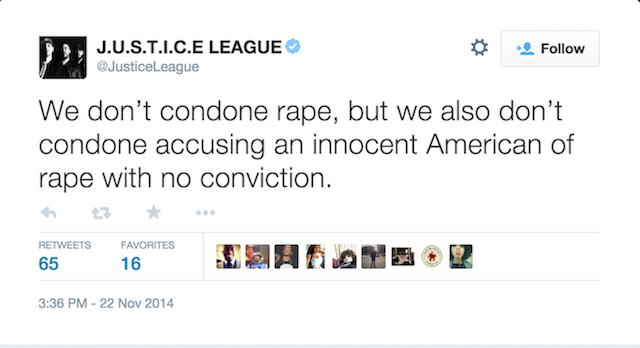 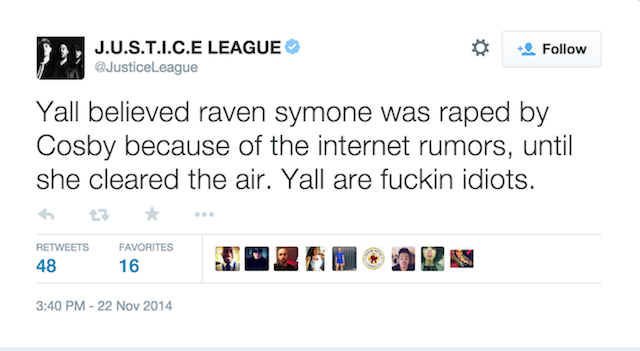 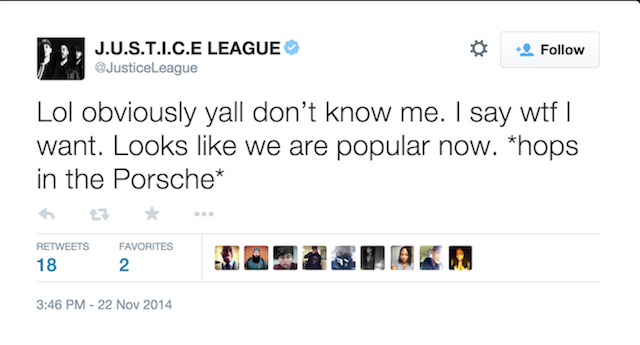 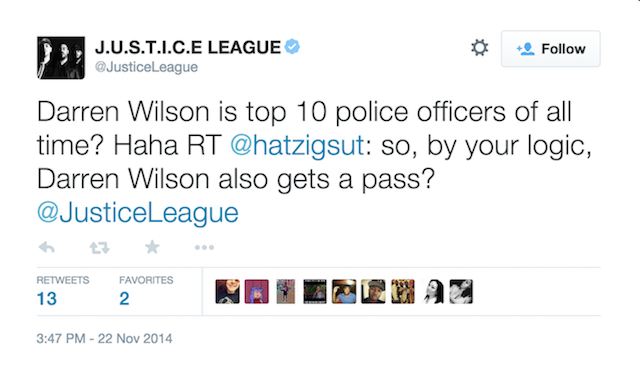 We apologize for the distasteful tweets that where recently sent from our account. We are looking into this matter now.