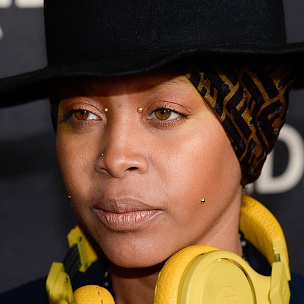 Erykah Badu puts her spin on yet another Hip Hop record with her remix of Kanye West’s “Real Friends.”

In a description for the song, the singer revealed that she was in the studio with plans to work on another record, when “Trill Friends” came about.

“BADU MESSIN ROUND THIS MORNIN (really suppose be recording something else …),” Badu wrote in a description on Soundcloud.

Kanye’s “Real Friends” record was released earlier in the month, and is likely a part of the rapper’s newly-returned G.O.O.D. Friday series.

Erykah Badu’s “Trill Friends” can be streamed below.