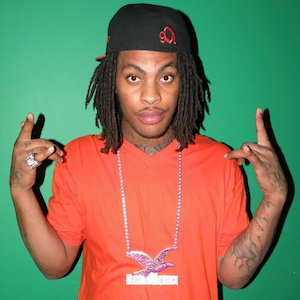 It’s a new year so new music is inevitable. And to kick off 2016 Waka Flocka Flame has decided to forego making albums for Atlantic Records for a while and drop the music he wants to.

Taking to Twitter, Flockaveli announced he’s working on a mixtape with 808 Mafia producer Southside and it’s coming at the end of this month.

“I just wanna say FUCK my major label #AtlanticRecords,” he tweeted. “@sizzle808MAFIA We dropping a tape this month who ready..” There’s no specific date as to when the collaborative work is to drop. It also isn’t titled, at least not publicly yet.

Waka Flocka Flame has been at war with Atlantic Records recently. His long-awaited Flockaveli 2 album has been reportedly held for a while by the label. Waka’s also promised an EDM album, tentatively named Flockavelli Psychotics, for a while now but that also hasn’t seen the light of day yet.

View all of Waka Flocka Flame’s tweets about his forthcoming collaborative mixtape with Southside below:

@sizzle808MAFIA We dropping a tape this month who ready..