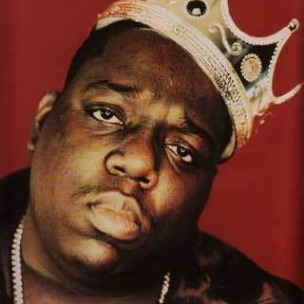 Billboard has compiled its list of “The 10 Greatest Rappers of All Time.”

The publication says that it determined its list using “MC means proving you’re the best” as its criteria. “We also have to note: we’re ranking rappers, not rap artists,” its story says. “That’s why Dr. Dre and Kanye West, for example, two legendary producer-artists who don’t match the mic skills of those listed here, were left out.”

Lil Wayne lands at #10 on Billboard’s list. “His dizzying run of mixtapes, albums and guest spots from around 2004 to 2009 is arguably the most prolific example of quality meets quantity hip-hop has ever seen,” Billboard writes. “No MC has ever rapped that well, on that many songs, for that long of a time period.”

“From triple and quadruple-time rhythms, his layered adlibs, and his multiple-personality voices,” Billboard says, “the Compton rapper is arguably the greatest rap craftsman to emerge this millennium, but his lyrical content never suffered.”

Billboard says that The Notorious B.I.G. is the #1 rapper of all time.

“Unlike everyone else on this list,” Billboard writes, “Biggie never dropped a single bad song, or a single errant bar.”

To read the complete “The 10 Greatest Rappers of All Time,” visit Billboard.