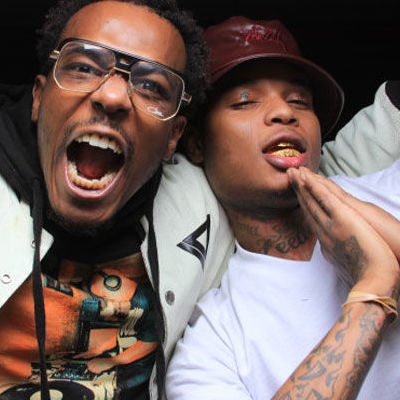 This week, Houston rapper Sauce Walka of the Sauce Twinz unleashed “Wack 2 Wack,” a diss track intended for Drake. Rapping over Drizzy’s “Back To Back” beat, Sauce Walka calls him out for appropriating “The Drip,” a dance Walka claims as his. Elsewhere, Jay Rock receives a surprise call from fellow TDE comrade Kendrick Lamar while on Power 106’s The Liftoff and lastly,  KXNG Crooked pays homage to Dr. Dre with his latest cut “If I Was Dre.”

The beef between Drake and Houston’s Sauce Walka came to a head when the TSF rapper released a diss track blasting Drizzy on “Wack 2 Wack.”

Walka lyrically attacks Drake on his own “Back To Back” beat.

“Damn, creators turn impersonators / You got a whole ghostwriter handing you the paper / What happened to the rap game built off of a greatness / Nowadays this shit built off of fakeness”

The tension between the two artists is nothing new. Sauce Walka blasted Drake on Instagram in March during Houston Appreciation Weekend for reneging on the “2 Legited 2 Quited” remix. Drake originally committed to adding a verse to the song for a remix however for reasons unknown, the Toronto rapper did not stand by his word even after being confronted about it at high-end steakhouse Del Frisco’s.

“Wack 2 Wack” is reportedly being played on Houston radio and Houston DJs at the strip clubs Drake frequents while in town.

Listen to the diss track here.

Jay Rock stopped by Power 106’s “The Lift Off” to promote his second studio album, 90059, when he received a phone call from Kendrick Lamar posing as female fan eager to get his phone number.

“You know I like ’em tall, dark and handsome now,” Kendrick says while masking his voice as a woman.

Jay Rock fell for the prank as he showed appreciation for the love.

With the release of the N.W.A. biopic Straight Outta Compton and Dr. Dre’s latest studio album, Compton, KXNG Crooked pays homage to the legend with “If I Was Dre.” In the song, the Treacherous Records emcee places himself in Dre’s shoes as he boasts about his successful career as an entrepreneur and producer.

Listen to “If I Was Dre” here.