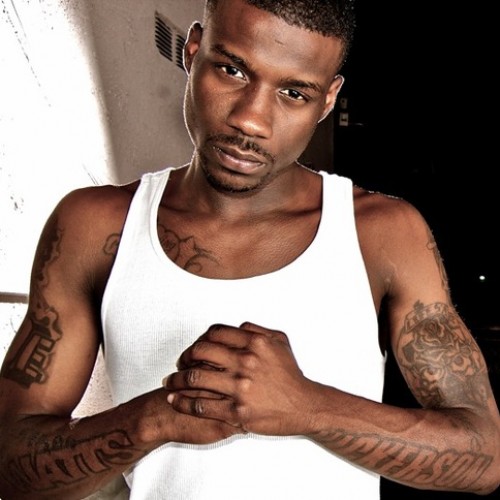 Jay Rock released 90059 today (September 11) and it is now available for purchase on iTunes.

The physical copies of the album will be available in stores September 18, per Top Dawg. Autographed copies are available at txdxe.com.

Jay Rock announced on Twitter yesterday that his 90059 album is set for a September 11 release.

The 11-cut collection is set to feature Kendrick Lamar and SZA on “Easy Bake.”

The Watts, California ventures beyond his TDE labelmates by featuring Busta Rhymes on “Fly on the Wall.”

Top Dawg, CEO of Top Dawg Entertainment, announced on Instagram that the release date for Jay Rock‘s 90059 album is dependent upon the iTunes pre-orders.

“Its always been fans first for me since day one,” he writes today (August 19). “With that said, you guys are really in charge of this new Jay Rock release. I have realistic goals for #90059 and its preorder. As you/we hit each goal with the purchase of the preorder, the release date will automatically move itself up. Keep in mind that we can hit it in one day if we really wanted to. Lets make it happen.”

The pre-order became available today and revealed the project is slated to be made up of 11 tracks with features from Kendrick Lamar, Ab-Soul, ScHoolboy Q, Isaiah Rashad, SZA and Busta Rhymes.

Jay Rock’s 90059 album is available for pre-order on iTunes.

The pre-order says the project is scheduled for an August 18, 2016 release date. Anthony “Top Dawg” Tiffith took to Twitter to say the date is a typing error, but did not give a different date.

The cover art is an image of a white handprint on a black background. The fingerprints of the hand have been scratched out.

90059 will be made up of 11 tracks with features from all of the Watts, California rapper’s labelmates. Black Hippy, made up of Rock, Kendrick Lamar, Ab-Soul and ScHoolboy Q, reunites for the track, “Vice City.” Lamar has an additional feature on “Easy Bake.” Busta Rhymes also makes an appearance on “Fly on the Wall.”

90059 cover art and tracklist are below as well as Top Dawg’s tweets:

(The original article in this thread was published August 10, 2015 and is as follows.)

Jay Rock announced on Twitter Friday (August 7) his new album will be called 90059.

The numbers are a ZIP code in Jay Rock‘s hometown of Watts, California. Nickerson Gardens, the project where Rock grew up, is located in this ZIP code and Top Dawg Entertainment performed a free holiday concert there last year.

This will be Jay Rock’s second studio album. His 2011 project, Follow Me Home, was Top Dawg Entertainment’s first release as a label and was released in conjunction with Strange Music.

Rock has already released a song called “90059,” as well as “Gumbo,” “Money Trees Deuce” and “Parental Advisory.” A tracklist for 90059 has not been released.