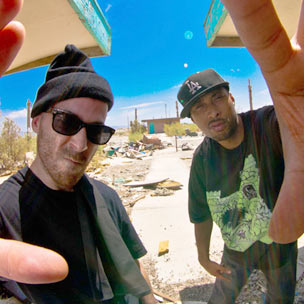 The stream of Gangrene’s You Disgust Me is now available via Spotify.

You Disgust Me features Action Bronson on “Driving Gloves.”

The project’s cover art has also been updated.

The You Disgust Me cover art and stream are as follows:

(The original story in this thread was published July 7, 2015. It is as follows.)

The Alchemist and Oh No have teamed up for You Disgust Me.

Gangrene‘s third project is slated to release August 7, according to RapRadar.

You Disgust Me consists of 14 tracks that include features from Action Bronson and Fashawn.

The cover art (via Gangrene’s Facebook page) and tracklist for You Disgust Me are as follows:

“Hot Pillow” is available as a single and can be streamed below: