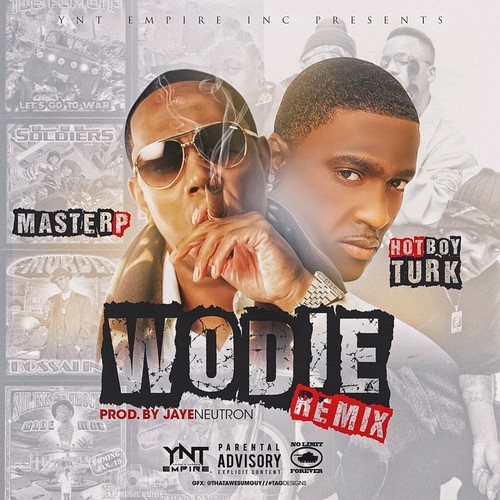 Master P has collaborated with another member of the Hot Boys.

After trading bars with Lil Wayne and his new clique – Money Mafia – the Hip Hop mogul has delivered a verse on the remix to Turk’s new track, “Wodie.”

“We gon’ take this shit back,” Turk says during the first few seconds of the song.

“Yeah, I’m fuckin’ with the Hot Boys,” P raps on his verse, before shouting out Hot Boys’ affiliate B.G.

The No Limit Records founder told Sway In The Morning that they had never done anything like that before. He also revealed that he and Wayne “swapped records” and that “anything is possible” when it comes to welcoming Weezy to No Limit Records.

Last year, Turk spoke to VladTV about a conversation he had with Wayne, in regards to joining Master P’s No Limit imprint.

“Master P used to put all his artists in houses, give ‘em Rolex watches, buy ‘em Camaros, you know shit that young niggas wanted,” Turk says in the interview. “Baby wasn’t givin’ us that. So one day, me and Wayne sitting’ outside like, ‘Man, shit. Let’s go fuck with P. You know he gonna fuck with us. We’re the youngest Hot Boy$.’ We felt like we were better than all them niggas over there anyway. But we didn’t go. It just was us having a conversation…We was seriously wanting to go, but things just started happening for us. We started getting broke off the way how we thought we should.”

Turk is the head of his own YNT (Young N Thuggin) Empire and Lil Wayne is in the midst of suing Cash Money Records for $51 million.

Listen to the “Wodie” Remix below: