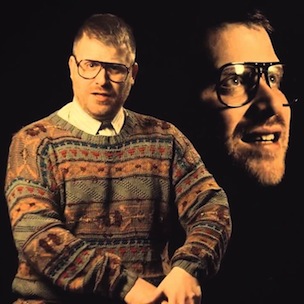 After a successful Kickstarter fund raised more than $65,000 last year to fulfill a pre-order option to re-record Run The Jewels 2 using only cat sounds for music, group producer El-P has shared a preview of the progress on social media.

In December El-P announced that Meow The Jewels would begin production in January and over the weekend he shared a series of in-studio previews of what sounds like a remake of the original album’s first track, “Jeopardy.”

and so it begins. #MeowTheJewels

oh my god what am I doing with my life. #MeowTheJewels

El-P also previously announced that celebrity feline Lil Bub had provided a bank of sample fodder for the project.

just got a library of sounds from the great @IAMLILBUB. its on. #MeowTheJewels

thank god the money is going to charity because meow the jewels is going to be the single silliest fuckin record ever recorded.

Last month, El-P shared a short documentary of himself gathering sounds for Meow The Jewels.