Tyga has recently had problems with other members of his label including Nicki Minaj and Drake. Now it seems the YMCMB rapper has a few problems with the law.

According to TMZ, Tyga was pulled over in a Rolls-Royce after they claim he was driving recklessly during a music video shoot. His bodyguard was also arrested.

At the time, the gossip site didn’t know the exact reasons why he was being taken in and details are still scarce however they were told Tyga was arrested because the LAPD found a gun not registered in the state of California in the vehicle. It has been confirmed by the police department that reckless driving was the cause for the stop, which subsequently had six cop cars surrounding the rapper at the time of the incident.

This is not the first time the Los Angeles native has had a brush with the law. Back in 2012 he was arrested in Las Vegas, Nevada after police acted on a warrant for his arrest due to prior traffic incidents. Tyga was incarcerated at the Clark County Detention Center and was released the next day.

View pictures of Tyga and his bodyguard in handcuffs below (via TMZ): 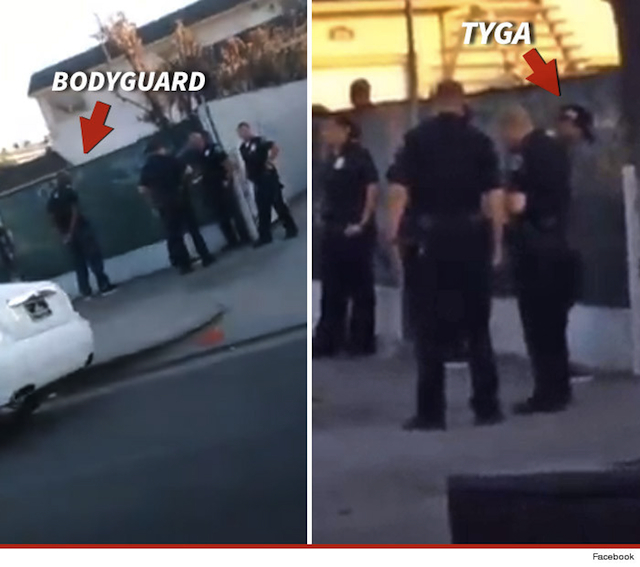